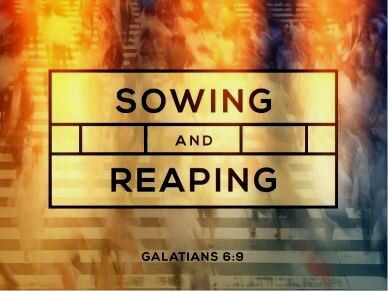 All of Life is Ordered Upon these Principles

Given everything that has been going on in the world recently, I thought that it would be good to re-share this post from the Room for Meditation that I originally shared back in 2016… The Principles of Sowing and Reaping Apply to Nations as Well as Individuals.

Then, I wrote that…

Lately, in my personal Bible study, I have been working my way through Ezekiel where the principles of sowing and reaping, which we spent some time going over in our reflection Sowing, Reaping, and the Nature of the Two Trees, have been leaping off the page at me. I have found this to be especially true in chapters 25-35, where Ezekiel was called upon to pronounce judgment upon the nations surrounding Israel:

•    When Ammon rejoiced because God’s temple was profaned, the land was made desolate, and Judah was carried away into exile, God gave them over to the people from the East, to be carried away as plunder;
•    When Moab ridiculed Judah as being no different from the other nations, God also gave them over to the people from the East and promised that Moab would lose its place among the nations, and would never be a nation again;
•    When Edom and Philistia took vengeance on Judah, God promised to execute His brand of vengeance on both of them;
•    When Pharaoh claimed that the Nile was his—that he had made it for himself—God said He would dry up the Nile and bring desolation on the land and everything in it; and,
•    When Mount Seir or Edom rejoiced at the desolation of Israel, in the hopes of claiming that land as their own, God promised to deal with them “according to the anger and envy that you showed because of your hatred for them.”

So, in Genesis chapter one, when God promised that everything in His creation would “reproduce after its own kind,” He wasn’t kidding. Therefore, we need to heed the words of Hosea 10:12, admonishing us to…

Sow for yourselves righteousness, reap steadfast love; break up the fallow ground, for it is time to seek the Lord, that He may come and rain righteousness upon you.

Otherwise, like those nations who were enemies of Israel, the words of Hosea 10:13 will become a bitter reality for us…

You have plowed iniquity, you have reaped injustice, you have eaten the fruit of lies. 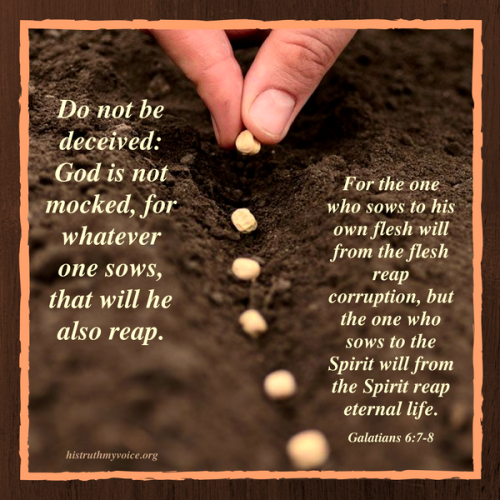 A Promise that We Can Take to the Bank!