Between the Vignettes | His Truth, My Voice

Time to Pause for Analysis

We are here at Stage #1 of God’s One Big Story, where Vignette #1—The Creation of the World—has just been presented to us.  Now, while we wait for the curtain to go up on Vignette #2—The Creation of Man and Woman—let’s take advantage of this brief interval in the action to reflect on what we have learned thus far.

As you may recall, at the beginning of Vignette #1, we were instructed that the events about to take place were intended to do at least three things for us.  We were told that they would:

With this in mind, then, as we reflect on the actions that have just taken place on the Earthly Stage, we will do so in keeping with these three different levels of application. 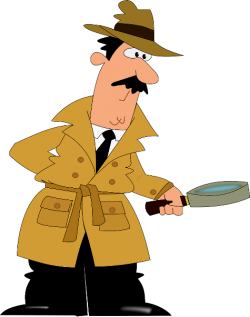 Ordinarily, when looking for Life Lessons within the context of the Scriptures, we would be studying the actions of the earthly characters involved in the Story, for the purpose of identifying any principles of right living that could be applied to our own lives today.  However, because there were no human actors on the Stage in Vignette #1, let’s not take this to mean that there are no Life Lessons to be learned from this particular part of the Story.  In fact, there are several important Life Lessons that can be learned here—and nowhere else; lessons such as:

From these few but important lessons, we can know for certain that:

Contributions to the Heavenly Story

Given the awe-inspiring events that we have just witnessed, it would be easy for us to become so engrossed in them that we fail to recognize the part that these events play in the One Big Story that the Bible has to tell.  Additionally, when we consider the fact that this Big Story is one that had its origins in Heaven—meaning that it is one that must be spiritually, rather than physically, discerned—it becomes all the more difficult for us to see how events taking place in the one realm could possibly impact the Story taking place in another.  And yet, if we strive to keep in mind God’s motive for creating the world, the contributions that the creation events make to the One Big Story will become much clearer to us.

As for the reason behind God’s creation of the world, this was spelled out for us in the video, “The Bible:  The Story Behind the Story.”   It was there that we learned of God’s desire and determination to have a family of His own to love; a desire and determination which would lead him to create a race of beings—human beings—so much like Himself that they could eventually be adopted into His family.

Before these beings could be created, however, there would first have to be a place to put them.  This, then, is what we see God doing in Vignette #1; He is creating the ideal home for His future family.  In doing this, not only is He creating the physical, material place where they will live, He is also setting up the Earthly Stage upon which all of their future human drama will unfold.  Likewise, in His establishment of the heavens, He is actually erecting the Heavenly Stage where His Story of Redemptive Love will be acted out for all creatures, in all ages, to see.  Finally, in His placement of the boundaries upon time, He is really putting bookends into place that will mark off the beginning and the ending of His One Big Story.

When it comes to looking for how God reveals Himself in this, or in any other, part of our Story, there are four things that we need to take into consideration:

The names God uses to identify Himself… 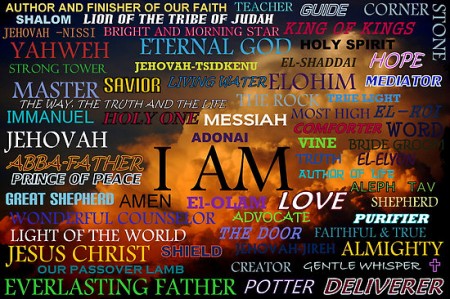 The Names of God

As we have already learned, the name by which God was identified in Vignette #1 was Elohim—the plural form of El, a word used throughout Scripture as a designation for “god,” and one derived from the Hebrew root meaning “might, strength, and power.” It describes a God who is the Sovereign Creator of the universe; and, as the plural subject of the singular form of the verb create, it reveals to us that the Godhead is made up of more than one Person, acting in unison to accomplish His purposes.

The things God does…

The ways that God relates to His creation…

In this first segment of our Story, the way that we find God relating to His creation is as the transcendent, or over-and-above-it-all, God of Creation.  As the Divine Designer, He is busily engaged in every aspect of His creative work, making sure that even the smallest detail of His plan is carried out meticulously; and, at every stage of it completion, He expresses approval and delight with what He has accomplished.

The things that God says about Himself…

While God, on occasion, will reveal things about Himself through His own verbal descriptions, in this instance, God has absolutely nothing to say about Himself; all of His Words are reserved for the purposes of accomplishing His work on the earth, and then blessing the work that He has done.

Although we have learned quite a lot about God already, these revelations are but a preview of the God we will come to know more deeply and meaningfully as our Story progresses.  When we move on to Vignette #2 and the Creation of Man and Woman, we will get to see a completely different part of His nature, as He becomes intimately involved with those considered to be the “Crown of His Creation.”  That part of our Story is just about to begin, so get situated in your seats…the lights are going down once more. 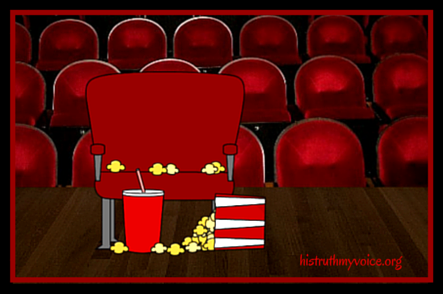 It’s OK to get comfortable, just not this comfy!

Please enjoy this musical reflection on the Names of God…