Sowing, Reaping, and the Nature of the Trees | His Truth, My Voice 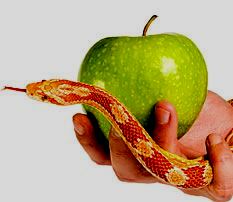 The Initial Seed of Evil

Previously, in Vignette #3, we watched sadly and helplessly as Adam and Eve deliberately chose to disobey God by eating from the forbidden Tree of the Knowledge of Good and Evil.  This one errant action on their part was all that it took to introduce Evil, with its accompanying fear, shame, deceit, alienation, and death, into what was then an ideal world.  Later, in Vignette #4, we saw how, after the passage of time and with the addition of their sons, Cain and Abel, that initial seed of Evil sown by our first parents had taken root and blossomed into the kind of bitterness, resentment, misunderstanding, self-righteousness, and anger that would lead to the first murder in the world.

So, what we want to do now, as we pause once more between Vignettes to critique this most recent part of God’s One Big Story, is to learn how things could go from bad to worse in such a relatively short period of time, and the lessons that we can take away from it today.  To do this, though, we first need to spend a few minutes acquainting ourselves with a few of life’s most basic and important principles—these being, the principles of sowing and reaping, and the nature of the two trees that are at the heart of all of life.

Because the majority of us have not, and probably never will have, any connection to anything agrarian (other than eating the produce we pick up from the local market), it may be difficult for us to understand how important sowing and reaping is in God’s plan for our lives.  And yet, we can begin to see their significance when we stop to consider that:

The one who sows the good seed is the Son of Man.  The field is the world, and the good seed is the sons of the kingdom.  The weeds are the sons of the evil one, and the enemy who sowed them is the devil.  The harvest is the close of the age, and the reapers are angels.  Just as the weeds are gathered and burned with fire, so will it be at the close of the age.  The Son of Man will send his angels, and they will gather out of his kingdom all causes of sin and all law-breakers, and throw them into the fiery furnace.  In that place will be weeping and gnashing of teeth.  Then, the righteous will shine like the sun in the kingdom of their Father.  He who has ears, let him hear (Matt. 13:37-43).

From this, it should become apparent that life itself is just one long cycle of sowing and reaping, the purpose of which is to produce more life and/or fruit for the glory of God.  A seed is sown, it is fertilized, watered and supplied with light by the sun; it takes root and after some time, it grows to maturity and reproduces the fruit which will either nourish some other living being, or provide the seeds needed to reproduce itself once again.  In theory, it is a very simple process; however, when it comes to sowing and reaping, there are a few principles that must be taken  into consideration, if we are going to be prepared for the harvest that we will inevitably receive.

Therefore, we need to remember that.. 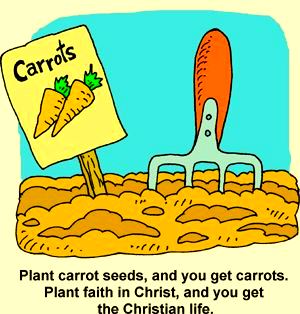 You Will Reap What You Sow

But what do these principles of sowing and reaping have to do with our Story?  Well, in short, everything—which is something that we will come to see, after we learn a little more about the two trees at the heart of the Story.

The Nature of the Two Trees

Of course, the two trees to which I am referring are the Tree of Life and the Tree of the Knowledge of Good and Evil; trees which were planted by God in the center of the Garden of Eden for a very specific purpose. As we learned in Another Learning Interlude, this Garden was the designated place of meeting and fellowship between God and Man; where, if Man was going to continue his fellowship with God, he would have to live in obedience to Him, even when tempted to do otherwise.  God’s purpose for positioning the Trees at the heart of the Garden, then, was to test Man’s heart, and to demonstrate if he would choose to obey God and be blessed, or disobey Him and reap the consequences.

As for the trees themselves, and why Adam and Eve would choose the one over the other, I don’t think their choice had anything to do with one tree being more attractive than the other for, in a description of all of the trees in the Garden, Genesis 2:9 tells us that…

And out of the ground the Lord God made to spring up every tree that is pleasant to the sight and good for food.

So, given that all of the trees were equally attractive and good for food, what was it that made the Tree of the Knowledge of Good and Evil so appealing; and why would the first Man and Woman choose to eat from it instead of the one from which they could freely eat?  For a better understanding of this, let’s consider what these Trees represented to Adam and Eve—and what they represent to us, as well.

The Only Two Ways Available to Men

In His provision of the two Trees, God was presenting Adam and Eve with the only two Systems of Faith that would be available to mankind, and was confronting them with the choice that both they and we have to make at some point in our lives—the choice to either put our Faith in the Works of the Flesh and try to earn our salvation with our good works, or to to do things God’s way and put our Faith in the Sacrificial Work of the Lamb of God as the only way of securing our salvation and eternal life.

If we were to analyze these two Systems of Faith in the following way, we would discover that…

The Tree of the Knowledge of Good and Evil…

…Is rooted in the same desires that motivated Satan to rebel against God—which are listed in Isaiah 14:13-14:

I will ascend into Heaven.
I will be like the Most High.
I will exalt my throne above the stars of God.
I will ascend above the heights of the clouds.
I will also sit on the Mount of the Congregation.

…Produces SAP of Selfishness and Pride. 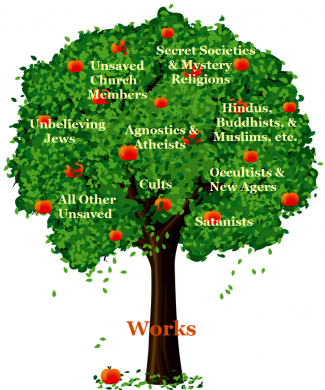 The Way of Works and Death

…Produces Fruit for Me and My Glory.

The Tree of Life…

…Is rooted in the same desires that characterized Jesus, the promised Messiah in Psalm 40:6-10:

I delight to do Your will.
Your law is within my heart.
I have not concealed Your lovingkindness and Your truth.
I have declared Your faithfulness and Your salvation.
I have proclaimed the good news of [Your] righteousness in the great assembly.

Produces SAP of Submission and Praise. 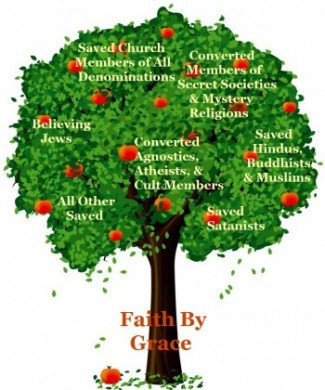 The Way of Faith and Life

Produces Fruit for God and His Glory.

From our analysis of these two systems, it should be easy for us to see that the reason the Tree of the Knowledge of Good and Evil was so attractive to Adam and Eve was because of its overpowering appeal to their flesh—that is, to their latent selfishness and pride, and to their desire for self-glorification.  Unfortunately, because of their decision to eat from this tree and to go the Way of Works, they doomed every one of their descendants (with the exception of Jesus Christ) to enter this world already committed to this same system–which, as we have learned, is nothing other than the Way to Death.  However, because of God’s gracious provision of a Sacrifice to atone for or to provide a covering for their sins, both they and all those who would after follow them would have the opportunity to opt out of this system of Death, choosing instead to go the Way of Faith—which is really the only Way to Life.

As for how sowing, reaping, and the nature of the two trees affected the children of Adam and Eve, this will be more clearly seen next time, as we take a closer look at the Story of Cain and Abel, and inspect the fruit that didn’t fall too far from the tree.

As we reflect on these things, let’s join Unspoken in “Call It Grace.”