Biblical Knowledge | His Truth, My Voice 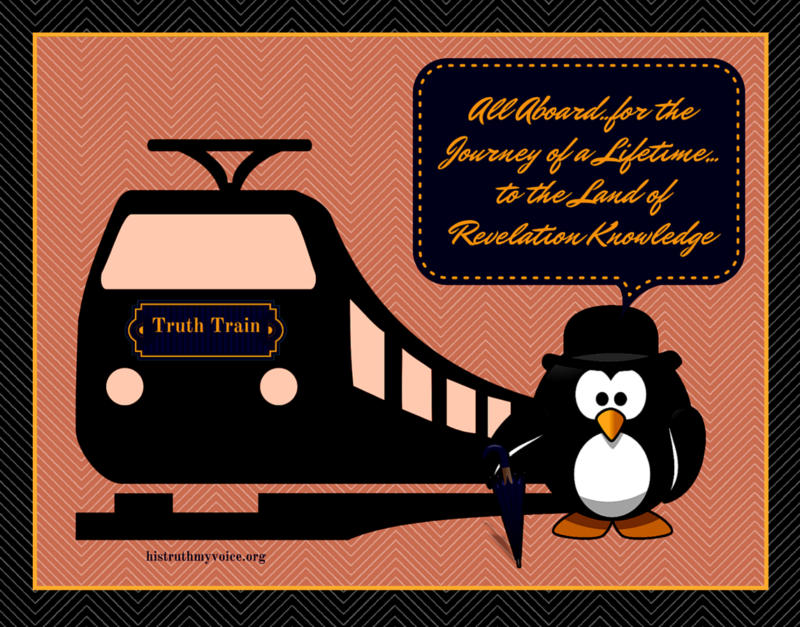 In January, 2014, at the invitation of our tour guide, Horatio, we boarded the Truth Train for a Journey into the Land of Revelation Knowledge—that is, we launched out into a study of the Bible quite unlike any other that we’ve ever taken.  That’s because, in this study, the Bible was to be presented as a Love Story in the form of a play–one that would be acted out for us on the fourteen different Stages positioned along our journey’s path.

In February, 2016, we saw the curtain drop on Act 1, Scene 1 of our Story but, rather than move on to Stage #2, we broke for what turned out to be a rather lengthy intermission.  During this intermission, we opened the Workout Room where, since March, 2016, we have been working to get into the best spiritual shape possible through a series of exercises dealing with Salvation, Sanctification, Service, and Spiritual Warfare.  Now, having recently finished the last of these exercises, the time has come for us to once again change directions, re-board the Truth Train, and resume our journey to Stage #2, where Act 1, Scene 2 of our Story will soon get underway.

To help facilitate a review of what we have experienced so far, the His Truth, My Voice Theatre page is now open; there all of our earlier episodes can be viewed in the order of their presentation.  This should help both our more seasoned travelers and any who are new to this tour understand just where we are at this point in our journey.  That being said, it’s time for us to find a comfortable seat on the train so that we can make our way to Stage #2, where we will very shortly be introduced to Abraham–the Father of Israel–and, to the others in Genesis 12-50 who connect him with her .