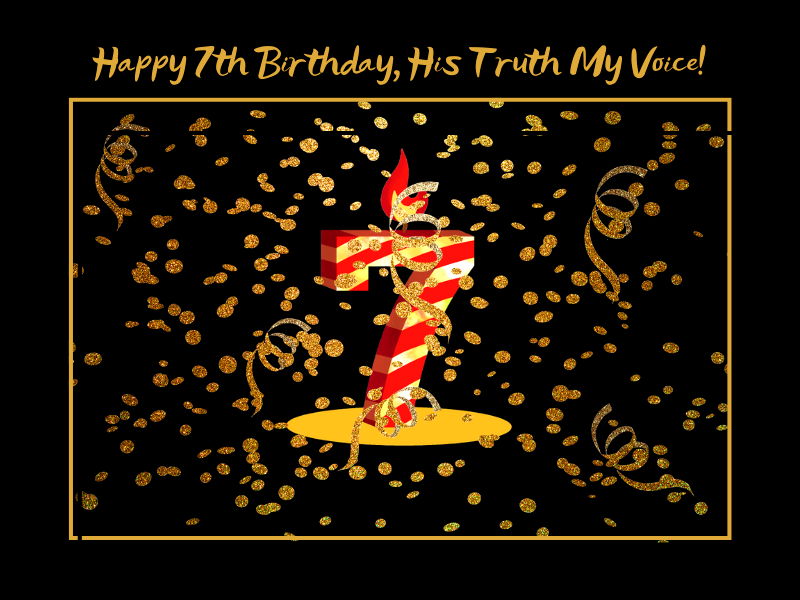 It’s Been a Long, Dry Year but We’re Still Here!

Today marks the seventh birthday for His Truth, My Voice.  When I started this blog, I knew nothing about blogging–I just knew that I wanted to share what I had learned about the Bible with others.  There have certainly been a lot of ups and downs but then that’s the way life is, isn’t it?  As my mother used to say, if it’s not one thing, it’s another!

For the past year and a half, I have been taking care of our grandson (now twenty months old) while his parents work so I haven’t been as productive as in previous years.  But, I do hope that I can get back in the production groove soon.  For those of you who have stuck with me during this dry spell, your continued support is greatly appreciated–as are your prayers.  As always thanks be to God, as well as…

Blessings to you all,
Judy 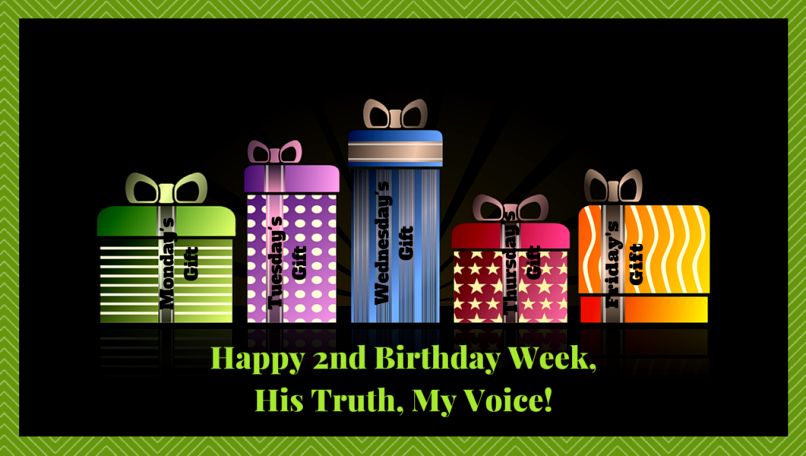 This week, we are celebrating our Second Birthday at His Truth, My Voice!  In spite of the fact that this past year has been an unusually challenging one, I am praising God that we are still here on our Bible Study tour, and working our way through the Land of Revelation Knowledge.  Thanks to all of you who have continued to journey with us, along with a special thanks to my son, Alex, for his superior technical support, and a thank you to my husband, John, for all of his efforts at promoting this blog.

As part of this week-long celebration, I will be re-posting one of my favorite reflections each day on Monday, Tuesday, Thursday, and Friday; while on Wednesday,  I will replay my favorite teaching video, “The Bible:  The Story Behind the Story.”  I hope you will enjoy revisiting these as much as I will.

Please continue to stay with us as we travel on through the Word, and to hold us up in your prayers as we go.

With blessings to you all,
Judy 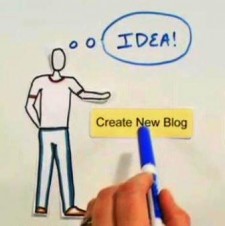 Where Did This Come From?

Have you ever suddenly found yourself in a place and then wondered how you got there?  Or, maybe you had actually been planning on a trip but then, once you arrived at your destination, you felt like you needed to pinch yourself just to make sure that you were really there?  Well, that’s the kind of situation I find myself in these days, as far as this whole blogging business is concerned.   I mean, as few as three months ago, if anyone had suggested that I write a blog, I would have laughed and said, “Do what?”  That’s because, as the most private person I know, as well as one of the most vocal social media “conscientious objectors” ever, I would never have ventured into the land of Blog unless I had been compelled to do so by Someone whose wisdom far exceeded my own.  So, just how did that Someone go about getting me to leave my place of relative safety and take up residence in such an alien land?

In retrospect, I think the implementation of His plan for my journey actually began about eleven years ago.  That was about the time my boss asked me to take over the scheduling responsibilities for our department.  I laughed then, too, because doing the scheduling meant using the computer and, at the time, I couldn’t even turn one on and off without a great deal of trepidation.  However, not being one to let a challenge go unmet, I agreed to give it a try.  It wasn’t too long afterward that I discovered the computer training classes regularly offered by our IT department—so I signed up.  And wouldn’t you know it—the more classes I took, the more of them I wanted to take.  And then, I took the most wonderful class of them all—the Word table-making class—and yowzers!—all of a sudden, the clouds parted, the skies cleared, and a whole new world of technical possibilities opened up before me! 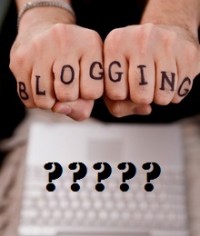 You see, for years I had been hand-drawing the charts and diagrams that I used in my Bible study presentations, even though I had long wanted to find a more professional manner in which to present them.   Let me tell you, once I was in possession of those table-making skills, I went berserk—I started turning out so many great charts that I could hardly keep up with myself—it was just too wonderful to be believed!  Of course, by this time, I wasn’t content to stay within the narrow confines of the Word world, so I began exploring the worlds of Excel and PowerPoint, and eventually made it into the far reaches of the land of Access!  Gradually, as my computer skills improved, my self-confidence increased, and it wasn’t long before I decided that I would start on the book that I had always hoped to write.

Actually, I had, for quite some time, been hoping to write at least two books—one presenting a Biblical perspective on the increasing number of disasters that were taking place all around us, and one that would teach people a new approach to reading and understanding their Bibles.  So, armed with my new skills and confidence, I very eagerly started working on the “disaster” book, and was even making great progress on it until…uh-oh…a series of disasters struck my own family.   While not in the same league as the category four or five tornadoes that we have been hearing about recently in the news, these events still turned our lives upside down and consumed so much of my time and energy that I found it necessary to relegate my writing project to a back shelf in my life—to that place of literary limbo where it has been gathering dust for over five years. 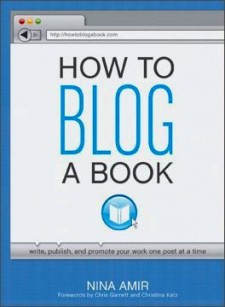 I had begun to despair of ever being able to liberate it from this sad state until about three months ago, when I came across a book at the bookstore entitled, How to Blog Your Book, by Nina Amir.  Although it was very small and tucked away among the many other books on the shelf, it called to me, saying “Judy, Judy, Judy, take me home”—so I did!  I bought it, took it home, read it quickly, and was so inspired by it that I decided that I would gladly leave the safety of obscurity and move to the land of Blog, if it meant being able to finish my book.  Once I had cleared that seemingly impossible hurdle of faith—a very strange thing happened; I started thinking that doing one blog was just so “small potatoes,” why not do three blogs—one for the disaster book, one for the Bible study book, and one for my personal testimony? 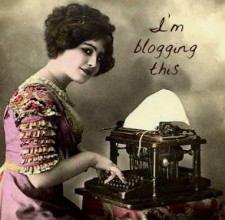 It seemed like such a good idea that, since then, I have been busy studying everything “blogular” that I could get my hands on, in an effort to immerse myself in the curious culture of this new land and to familiarize myself with its strange new language—a language replete with such strange sounding terms as widgets, plug-ins, dashboards, cascading style sheets, HTML, headers, footers, sidebars, bots, spiders, pages, posts, and RSS feeds.  While still far from being fluent, I am a lot farther along than I was a few months ago, and I am very pleased to be able to say that the first of my three new homes on the web has been set up and is really quite comfortable.  As far as the other two are concerned, they are still under construction, but I will let you know as soon as they, too, are habitable. In the meantime, please continue to visit me here as often as you can because, as the new kid on the blog block, I need all of the good company that I can get!

If you find yourself stuck in life, Peter Furler is here with “All in Your Head,” a little something to help get you moving. 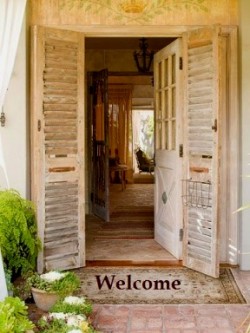 Welcome to My Home on the Web!

Hi, my name is Judy Roberts, and I am so pleased to be able to welcome you to my new home on the web.  If you have any interest in things of a spiritual nature—and by spiritual, I mean those of the Christ-honoring kind—please feel free to stop in and visit me whenever you can.  Just a note, though:  if you were visiting with me in my brick and mortar home right now, I would be doing my best to make you feel more at ease by offering you some coffee or tea, and perhaps one of my homemade apple squares or killer chocolate chip cookies.  However, given the limitations imposed upon us by the nature of the web, I am sorry to have to inform you that when you visit me here in the future, you will be on your own as far as snacks are concerned.  So, let me encourage you to get those lined up before you sit down at the computer—that way, our conversations won’t suffer from quite so many interruptions (although bathroom breaks are certainly understandable).

Since you have absolutely no idea who in the world I am, I guess the best way to begin our new relationship would be by introducing myself to you.  The long and the short of it is this:  I am the wife of John, the mother of David, Matthew (aka Alex), Andrew, Joshua, and Jason, the grandmother of Devin, Lawrence, and Elliot–and, most importantly, a devoted follower of Christ.  I have worked for over thirty years in a Christian television ministry, first as a tailor in the wardrobe department, then as a wardrobe stylist and costumer, and most recently as one of the schedulers for its busy makeup and hair department.

Although I haven’t done a single thing to merit the world’s attention—that is, I haven’t written any books, gone on any speaking tours, or even taught a Bible study on a regular basis recently—I have lived quite an interesting life, and one that has been far from boring.  That’s because I have somehow managed to develop an unusual knack for getting into trouble, even when sitting in a locked room all by myself.  I just don’t understand how I do it; by nature, I am a quiet, introverted person—someone who tries to mind her own business, and someone who will go to almost any length to avoid conflict or confrontation of any kind—and yet, I have repeatedly found myself in some of the strangest predicaments that you could have imagined.  That’s because, in spite of my own timid and fearful disposition, I have had to:

Why?  So I could be transformed from the spiritual wimp that I once was into the woman of spiritual substance that I am now.  Although this transformation hasn’t been an easy one, and certainly all my kicking and screaming didn’t help speed up the process any, I now realize that all of these adventures in faith have been an essential part of the training that I needed if I was ever going to be trusted to speak for God.  Now, having come to that all-important realization, I would like to share with you, my new friend, just how God has used those experiences, and the many lessons that I have learned through them, to prepare me to be what I can only describe as His most reluctant prophet.

I hope you know that the welcome mat will always be out for you here, so please feel free drop in whenever you are in my neck of the web.  Just remember to BYOS (Bring Your Own Snacks!)—and a comfy chair wouldn’t hurt either. 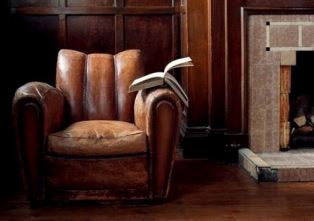