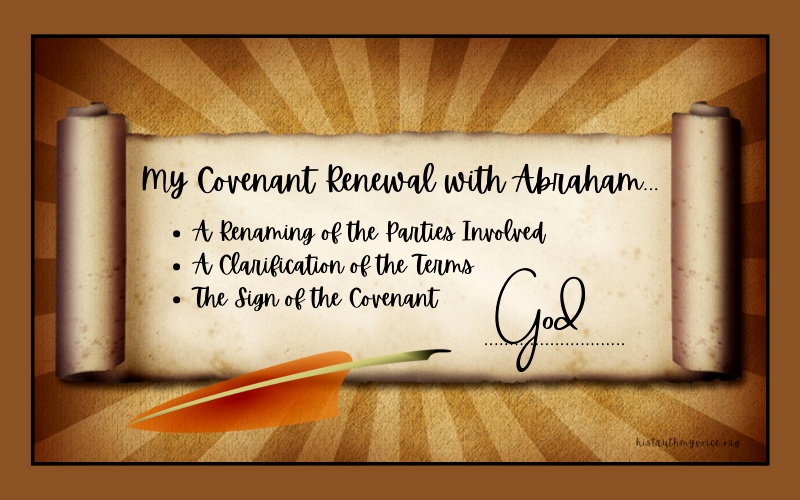 The Time Has Come to Put the Plan into Action

In our last episode—Episode #4 of Biopic #1 on the life of Abram—we learned that following a life-altering, covenant-making encounter with God, when challenged by the Silence of God test, Abram failed miserably.  Instead of taking God at His Word and waiting for Him to fulfill His promises, he gave into the temptation of trying to solve a spiritual challenge through the use of his own human reasoning and fleshly works.  Just as Adam had done when he was tested in the Garden of Eden, Abram forfeited his position of Headship when confronted by the Influence Power of his wife, and with equally disastrous results.  Here, just as in Adam’s case, we see the evidence that the Tree of the Knowledge of Good and Evil was still producing its poisonous fruit… 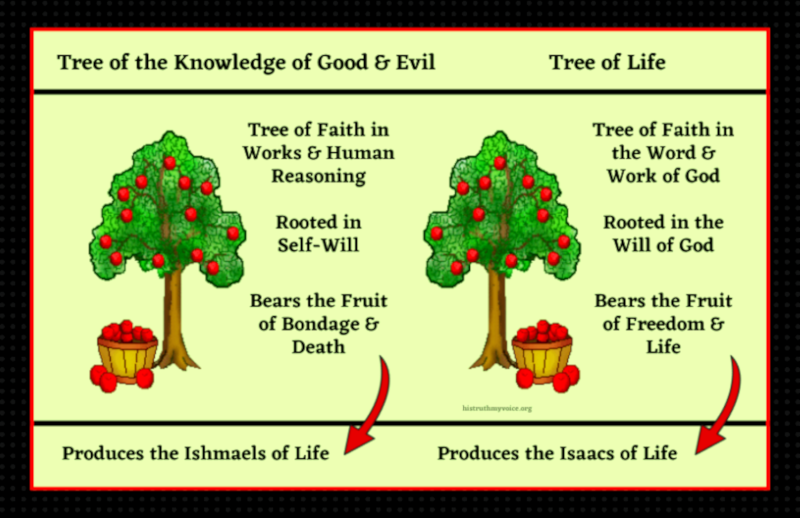 The Fruit of the Two Trees

With that in mind…

…as once again, the curtain rises on our next episode.  About thirteen years have passed since the end of our previous episode—meaning that it has been at least thirteen years since Abram has been visited by God—something our off-stage Narrator makes us aware us as this scene opens…

Narrator:  When Abram was ninety-nine years old, the LORD appeared to Abram and said to him…

God:  I am Almighty God; walk before Me and be blameless. And I will make My Covenant between Me and you, and will multiply you exceedingly.

Narrator:  Then Abram fell on his face, and God talked with him, saying…

As for Sarai your wife, you shall not call her name Sarai, but Sarah shall be her name. And I will bless her and also give you a son by her; then I will bless her, and she shall be a mother of nations; kings of peoples shall be from her.

Narrator:  Then Abraham fell on his face and laughed, and said in his heart, “Shall a child be born to a man who is one hundred years old? And shall Sarah, who is ninety years old, bear a child?”   And Abraham said to God…

God:  No, Sarah your wife shall bear you a son, and you shall call his name Isaac; I will establish My covenant with him for an everlasting covenant, and with his descendants after him. And as for Ishmael, I have heard you. Behold, I have blessed him, and will make him fruitful, and will multiply him exceedingly. He shall beget twelve princes, and I will make him a great nation.  But My covenant I will establish with Isaac, whom Sarah shall bear to you at this set time next year.

Narrator:  Then He finished talking with him, and God went up from Abraham.  So Abraham took Ishmael his son, all who were born in his house and all who were bought with his money, every male among the men of Abraham’s house, and circumcised the flesh of their foreskins that very same day, as God had said to him.

With that, Episode #5 comes to a close, leaving us to launch our Review of this latest encounter between God and Abram. 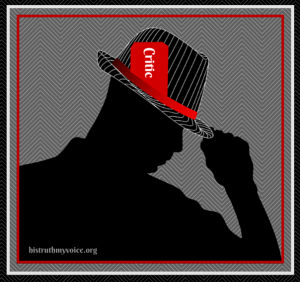 To help us better understand the significance of this episode, let’s look at these three important aspects of it…

The Interlude of Silence

He may have been waiting for Ishmael to reach what was then considered to be the age of maturity.  In doing so, He would be keeping the promise He had made to Hagar, as well as taking care of Abram’s descendant whom He had promised to bless.

More than likely, life was going on as usual.  Abram would have been attending to his business interests, Sarai would probably have still been resentful of Hagar, Hagar would have been caring for her son while still serving Sarai, and Ishmael would have been growing up into a young man.

He probably thought that he was okay spiritually.  The fact that he hadn’t had another visit from God in thirteen years may have encouraged him to believe that his and Sarai’s plan to obtain a child through Hagar was God’s way of providing him with a son.

When God showed up to renew the covenant and told Abram that He was going to bless Sarai with a son, Abram didn’t believe it and asked Him to bless Ishmael.  This would seem to indicate that Abram had been operating under the delusion that Ishmael was his promised son and rightful heir.

In renewing His Covenant with Abram, the first matter that God addressed was the names of the parties involved in the contract.  This was important because, in those days, a person’s name was more than just a form of identification, it also provided some insight into his character—with his name denoting or revealing a quality unique to that person.  So, before implementing the covenant, God revised the names on the contract in order to reflect a change or new insight into the nature of each of its participants…

Here, in Genesis 17:1, He reveals a new aspect of His Character through the name of El Shaddai—The All-Sufficient One, the Over-Powerer who is able to overcome every obstacle–even the deadness of Sarai’s womb–and achieve all of His Purposes. 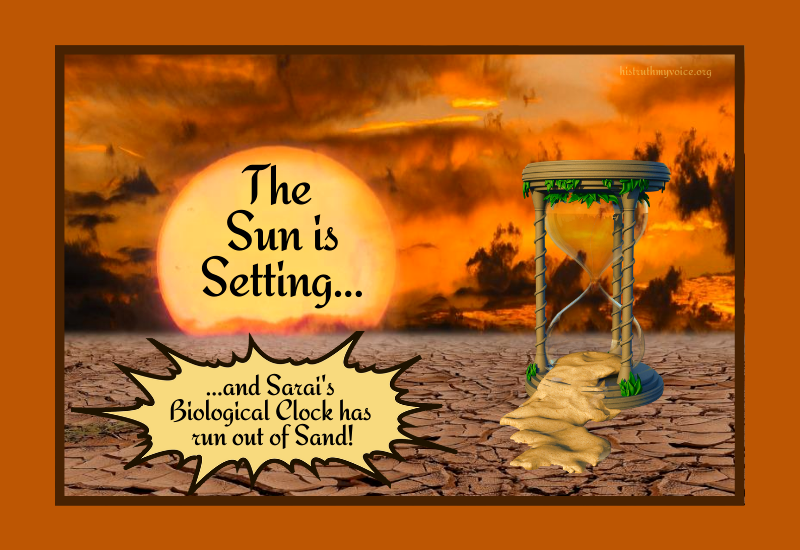 El Shaddai is not limited by Sarai’s Broken Biological Clock

In the other cultures where circumcision was practiced, it was usually performed when a boy reached the age of puberty and it served as his rite of passage into manhood.  In Israel, however, it signified that an infant had transitioned from being a child of Adam to being a member of the God’s Covenant People.  Later, after the Law had been given to the people through Moses, it also meant that he would have access to the Torah.[1]

In Leviticus 12:2, we learn that when a woman had given birth to a male child, she was considered unclean for seven days afterward.  On the eight day, both she and the child would be considered ceremonially clean.

Baptism would be its counterpart in the New Covenant.  Like Circumcision, Baptism does not save a person or make him righteous before God—it is simply the outward sign that an inward decision to trust God for Salvation has taken place.

Now, having examined these important aspects of this episode, let’s use what we have learned to answer the all-important questions of…

When God promises to do something, He will do it.  It won’t happen according to our schedule or timing, but at a time in keeping with His overall plans and purposes.  Any attempts on our parts to “help” hurry the process along will only lead to sorrow and a further delay of our hopes.

As we shall see in upcoming episodes, God’s rejection of Ishmael and His provision of a son through Sarah will provide Abraham and all of his descendants with an incredible prophetic picture of their coming Messiah and our Savior, Jesus Christ.

In the revelation of God as El Shaddai, the All-Sufficient One, we are assured that no matter what obstacles we may encounter or how impossible the situations are that we find ourselves in, God is able to overcome them all and keep the promises He has made to us. 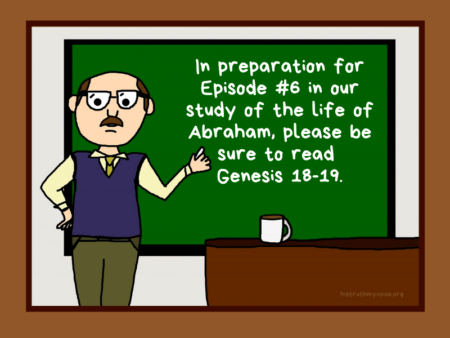