Father | His Truth, My Voice 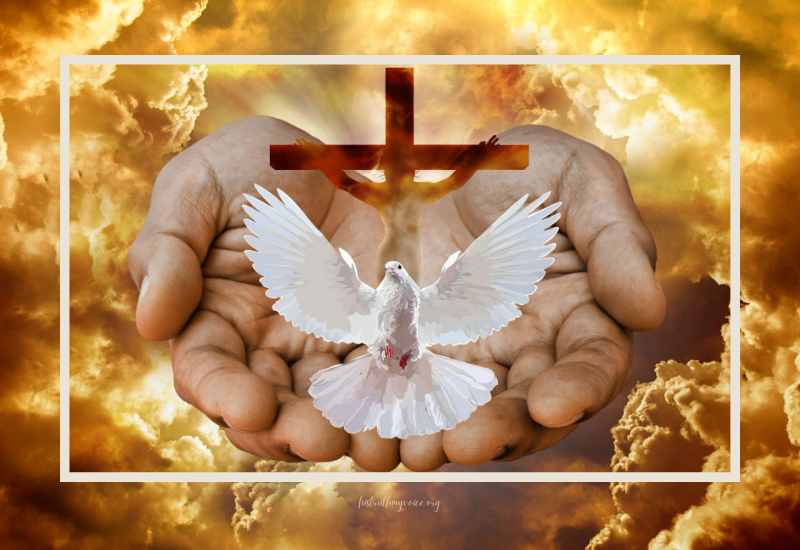 In the on-going review of our Disciple Training Series–Workout Room–here is the second exercise at the Sanctification level, an exercise which will help us understand the important role that the Holy Spirit plays in our lives.  It is found at… Sanctification: The Work of the Holy Spirit | His Truth, My Voice (histruthmyvoice.org). 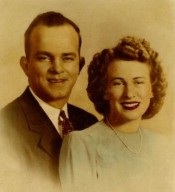 My Father and Mother

Greetings, all of you overcomers!  Although it was my intention during this visit to continue on in our discussion of Club business, I have decided that in deference to Father’s Day (and since you have already met my mother), this would be a good time to introduce you to my father—my earthly one, that is.  I find that I very seldom mention him to people these days, but that isn’t due to any lack of love or respect; it is only because he has been gone from our lives for such a long time now.  You see, back in 1972, he died suddenly of a heart attack at the relatively young age of fifty-eight, when I was just twenty-three.  Even though he has missed the last forty-one Father’s Day celebrations here on earth, and I only knew him for an all-too-brief twenty-three years, he has had a powerful impact upon my life because he provided me with a wonderful earthly image of what my heavenly Father is like.

If I had to pick one word to describe my father, I think I would have to say that he was a real character—and I mean that in the best possible way!  He was quick-witted, with a great sense of humor, and he brought laughter and joy into our lives, often at the oddest moments.  I don’t think I ever met anyone who disliked my father!  While his given name was Herbert, and that was the name by which he was known to his brothers and sisters, he answered to several other, less formal names, when he was in the company of other people:
–  Among his friends and co-workers, he was known as “Big Head” or simply “Head,” because his head was slightly larger than normal, which meant that he had to have all of his hats custom made;
–  With my mother and grandmother (and I still don’t know the origin of this nickname), he was known as “Piggy”; and,
–  To his three children, he was known simply as “Pop.”

Pop was one of three sons, born into a working class family of seven children.  Although I don’t remember much about his father (other than he was a tall, lean man who loved to do jigsaw puzzles and, because he chewed tobacco, he had a spittoon in every room of the house—so nasty!), from all indications, he was a no-nonsense kind of man, one who very wisely insisted that each of his sons learn a trade.  And, since he was in charge of training the apprentices at one of the local shipyards, all three sons went through the apprenticeship program there, with my father learning the skills that would make him a master machinist. 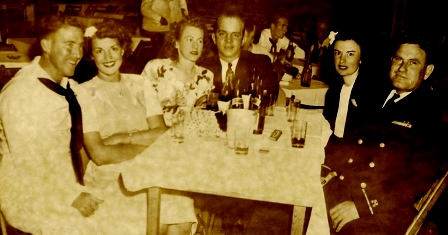 A Night Out on the Town

This kind of work, however, put a real crimp in Pop’s lifestyle.  That’s because he was a man who thoroughly enjoyed the nightlife.  In fact, he was something of a man-about-town, a playboy, or what we might refer to today as a regular “party animal!”  Because he was especially fond of big band music, when one of the bands was in town, he was sure to be in attendance; staying out so late that he was often caught by his father, sneaking in at home with his shoes in his hand, just in time to get dressed for work.

Besides the bands, dancing, and the nightlife, my father’s other great love was sports, especially baseball and football.  He not only refereed football games, but he also played baseball in the minor leagues, as a catcher, at the same time that Yogi Berra was working his way up through the minors and on to the big leagues.  My father loved sports so much that he would do anything to see a game; at times, even “hawking” concessions in the stands, attempting to sell cold refreshments to hot spectators with such catchy jingles as, “Step right up, get it cold and sweet, give your teeth a treat, and your tongue a sleigh ride!”

Of course, all of that changed with the outbreak of World War II.  While many other young men were going off to war to serve their country, my father was kept at home to work in the shipyard, serving the war effort by keeping the nation’s ships afloat.  It was then, while working in the shipyard, that the third great love in my father’s life appeared.  That was when a prim and proper, no-smoking, tea-totaling turret lathe operator named Florence strutted by in her sleek and slim, pleated and perfectly pressed trousers and, as the saying goes, the rest is history.  The nightlife suddenly lost its appeal, having been replaced by the simpler forms of entertainment that were more appealing to my mother—like a Hershey bar with almonds and a trip to the movies; and Herbert, the dapper man-about-town, gradually disappeared, re-emerging later in the person of Piggy and Pop, the devoted family man.  Ain’t love amazing?

I am sure that, in the coming together of two people from such opposite ends of the spectrum, there had to be a lot of personality conflicts, especially in the early years of their marriage, but to be honest, no one ever knew about them.  That’s because my parents never argued in front of us or anyone else; whatever disagreements they had were settled behind closed doors.  And, I cannot remember a time when either one of them said a disparaging word about the other; my mother always showed respect for my father and my father faithfully demonstrated his devotion to my mother in the countless little courtesies he used to show her. 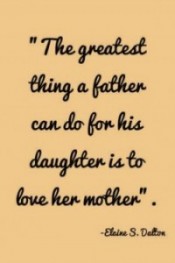 My Pop Certainly Did This!

With my father around, my mother never had to be concerned about the maintenance on the car; he had it checked regularly, kept it gassed up, and every morning before my mother left for work, he would back the car out of the garage and warm it up for her, just so she wouldn’t have to get into a cold car.  She really didn’t have to worry about grocery shopping either, because every other Thursday night when my father got paid, he would shop for food—and he was a good shopper, at that.  Also, out of consideration for my mother’s allergy to cigarette smoke, Pop would either go outside, or he would pull a kitchen chair over to the corner, under the exhaust fan over the stove, to smoke his little cigarillos.

It took me a while to realize it but in his presence, his provision, and his protection, Pop was painting a living picture for me of a heavenly Father whom I could trust to always be near, always meet my needs, and always safeguard my way.  And, when I recall those times that Pop was sitting in the corner of the kitchen, and how he used to call me over to him to ask what was going on in my life, and if I needed anything, he was planting an image in my mind of a God who wanted me to come to Him at any time and for any reason, with full assurance that He would be there to hear and answer.

I am so grateful to have had the father that I did but, sadly, not everyone can say the same thing.  For some, the fathers that they knew did everything imaginable to distort the image of what a father should be.  If this has been true in your life, please don’t let the sins of your father keep you from fully trusting the Father who loved you so much that He gave His only Son to die for you.  Instead, when you are tempted to think of God in terms of the father that you knew, why not take all of the negative things that your natural father did and think of what the opposite of those things would be;  then, by taking a negative image of a negative image and reprinting it, you will be creating for yourself a positive picture of the spiritual Father who is just waiting to reveal Himself to you.  And, once you have done that, you will be free to joyfully celebrate Father’s Day every day for the rest of your life, and on even into eternity.  Just imagine, when God finally has all of His “chicks” gathered around Him, what a great Father’s Day that will be! 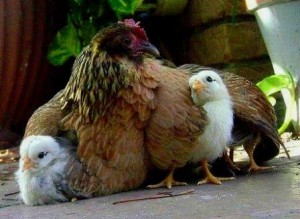 Safe under the wings.

Instead of the musical selection that I usually include at this point, here are the first four stanzas of the old hymn, “Children of the Heavenly Father.”  The words were written in 1858 by Karolina Sandell-Berg and, according to the Cyber Hymnal,  “Shortly before writing this hymn, San­dell and her father were on a boat trip, when he fell overboard and drowned before her eyes. It is thought this tragedy gave birth to the lyrics.”

Children of the heav’nly Father
Safely in His bosom gather;
Nestling bird nor star in Heaven
Such a refuge e’er was given.

God His own doth tend and nourish;
In His holy courts they flourish;
From all evil things He spares them;
In His mighty arms He bears them.

Neither life nor death shall ever
From the Lord His children sever;
Unto them His grace He showeth,
And their sorrows all He knoweth.

Though He giveth or He taketh,
God His children ne’er forsaketh;
His the loving purpose solely
To preserve them pure and holy.