Grace | His Truth, My Voice

I have been a Christian for many years and in all that time, the three subjects that seem to have generated more confusion and conflict within the Body of Christ than anything else have been…

Predestination and Election
The Eternal Security of the Believer, and
Women in Ministry.

However, for all of the discussion and arguments provoked by these subjects, not much in the way of a consensus seems to have been reached.  I believe this is primarily due to the fact that proponents on both sides of the issues have often failed to interpret the verses supporting their positions within their immediate contexts, as well as within the overall context of the scriptures.  However, I believe that once they have been interpreted with a proper understanding of God’s overall purpose for man, and with a clear definition of the terms involved, we will find that these concepts are not all that difficult to grasp and that most, if not all, of the confusion can be eliminated. 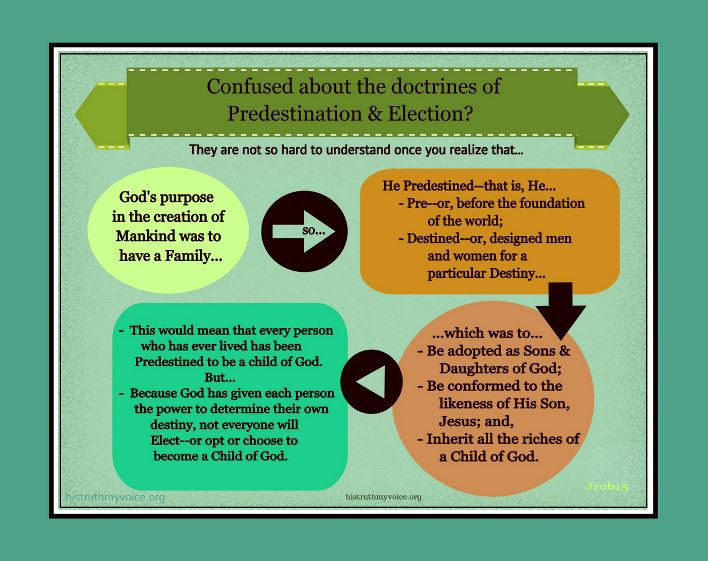 It’s Really Not as Hard as It Seems

Since both Predestination and Election and Eternal Security relate to the subject of Salvation—which we are presently addressing in this series of exercises—they will be dealt with in this and our next session, while the subject of Women in Ministry will be addressed when we get to the exercises dealing with Service.  Now, as for…

The most important requirement for understanding Predestination is the knowledge that God’s purpose in creating mankind was to bring into existence a people who could ultimately become His family.  The significance of this purpose becomes clear when we look at three passages of scripture which address the subject of Predestination; for, in each one, Predestination is presented within the context of the believer’s membership in the Family of God:

In Ephesians 1: 4-5:  He chose us in Him before the foundation of the world, that we should be holy and without blame before Him in love, having predestined us to adoption as sons by Jesus Christ to Himself.

In Romans 8: 29:  For whom He foreknew He also predestined to be conformed to the image of His Son, that He might be the firstborn among many brethren [brothers].

In Ephesians 1:11:  In Him also we have obtained an inheritance, being predestined according to the purpose of Him who works all things according to the counsel of His will, that we who first trusted Christ should be to the praise of His glory.  (This verse should be coupled with Romans 8: 16-17:  The Spirit Himself bears witness with our spirit that we are the children of God, and if children, then heirs—heirs of God and joint heirs with Christ, if indeed we suffer with Him, that we may also be glorified together.)

From these passages, it should be easy to see that we have been Predestined—

–  To be adopted as sons of God—that is, to be legally placed into the family of God as His children;
–  To be conformed to the image of God’s Son, Jesus—that is, to be remade spiritually until we think, look, and act like God’s children;
–  To obtain an inheritance—that is, as legally adopted sons and as spiritually conformed sons, to inherit the estate of our Father.  This inheritance was secured for us through the death of Jesus Christ, and is an inheritance which we will receive upon our own deaths.

Once we understand that God’s purpose for Predestination was to make us part of His family, then we can come to a better appreciation of the term’s definition.  The word Predestine is made up of two components…

…pre—meaning before + destine—meaning to set apart (or intend) for a certain purpose.

When God says that we have been predestined, what He means is that pre-, or before the foundation of the world, He destined, or set man apart for a certain purpose—that is, He designed us in advance for a particular destiny.  As we have just seen, that destiny is: 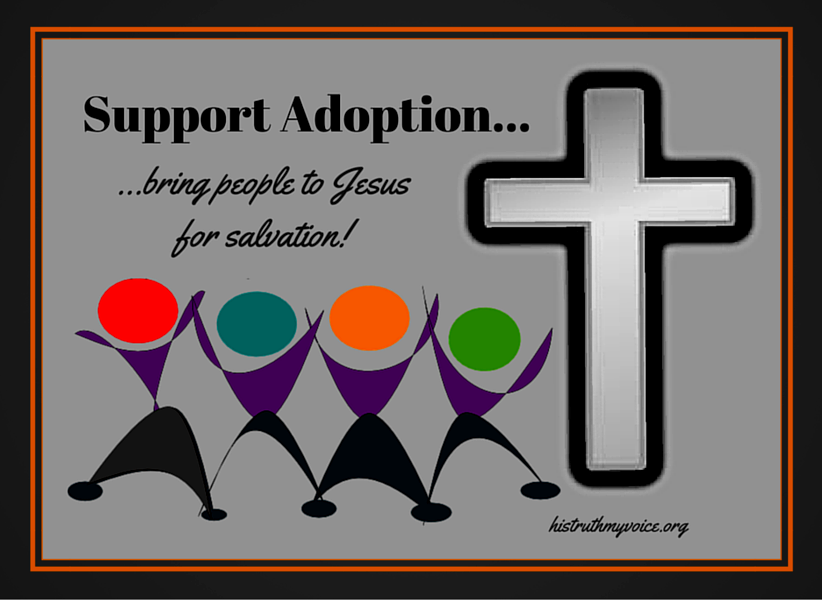 But how did He accomplish this?  First, God pre-designed us for our destiny by the way in which He originally created us; and second, through His plan for our re-creation, or Salvation.

–  With a spirit which would live eternally, like God;
–  With a soul consisting of a personality made up of mind, will, and emotions, like God; and,
–  As a moral being with the capacity to distinguish between right and wrong, like God.

However, when the first man, Adam, was seduced by Satan, he failed the first test of “Sonship” which was obedience to the Father.  As a result, man’s spirit, the means by which he communicated with God, died; and, without the spirit to give godly direction to his personality, man became a slave not only to his fleshly desires but a slave to Satan as well.

When God’s intended “sons” became slaves to sin and Satan, He put into effect the second part of His plan for our Predestination—that is, His plan for our re-creation or Salvation.  Through the substitutionary and sacrificial death of Christ on the cross, God provided the means by which we could be regenerated, justified, and redeemed from the curse, penalty, and power of sin.  Then, through the work of the Holy Spirit, He provided the means by which we could be drawn to God, convicted of our need to be saved, converted from sinners into “sons” of God, and sanctified, or set apart for the holy purposes of God.

As you can see, every human being who has ever lived has been predestined—or designed beforehand—for the glorious destiny of becoming a child of God, just by virtue of the way He was created by God.  However, because we are all sinners and have fallen short of the glory of God’s intention for us, not everyone will realize that destiny—and this is where election comes into play.

By definition, Election means a choosing or choice, implying that a vote of some sort has taken place.  However, this does not mean that God the Father, God the Son, and God the Holy Spirit have held an election in order to vote on which person will or will not be allowed into the family; for that would contradict the clear meaning of Scripture in passages like:

Romans 10: 11: For the Scripture says, “Whoever believes on Him will not be put to shame. For there is no distinction between the Jew and the Greek, for the same Lord over all is rich to all who call upon Him.  For whoever calls on the name of the Lord shall be saved.”

So, if the members of the Godhead are not the Ones doing the voting, that must mean that the ones who are making the choices are the humans involved.  In other words, although God has predestined, or pre-designed, every human being to become a member of His family, the responsibility for electing, or choosing, to do so rests with the individual.  The conclusion that we must come to is this:  that God, in His foreknowledge, knows who will and who will not elect to become His children, but He does not do the electing for them.  Man, having been created in the image of God, with the capacity to choose and a will to exercise, is not only given the opportunity but also the responsibility to choose where, and with whom, his spirit will spend eternity.

Now that we have been strengthened by this understanding of God’s purposes through Predestination and Election, we are ready move on, more fully prepared to take on our next challenging exercise—which is, the question of whether or not we can lose the Salvation that Christ died to give us. 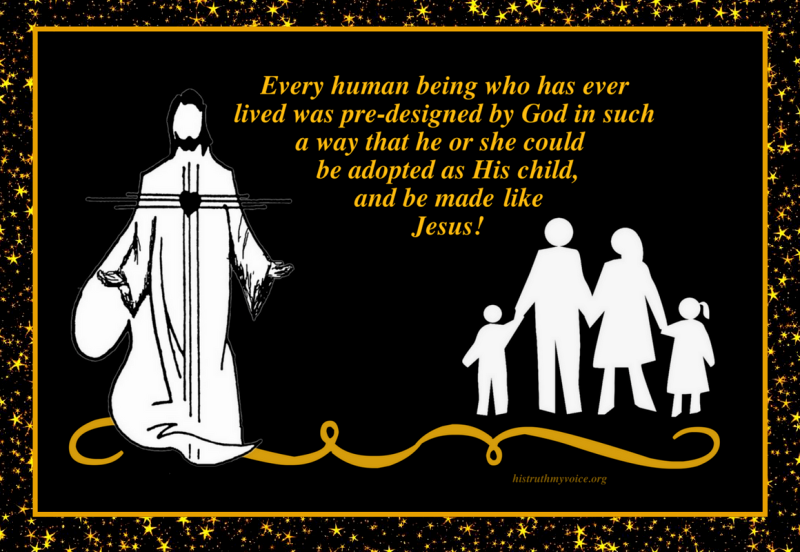 Jesus invites ALL to come, just as they are…