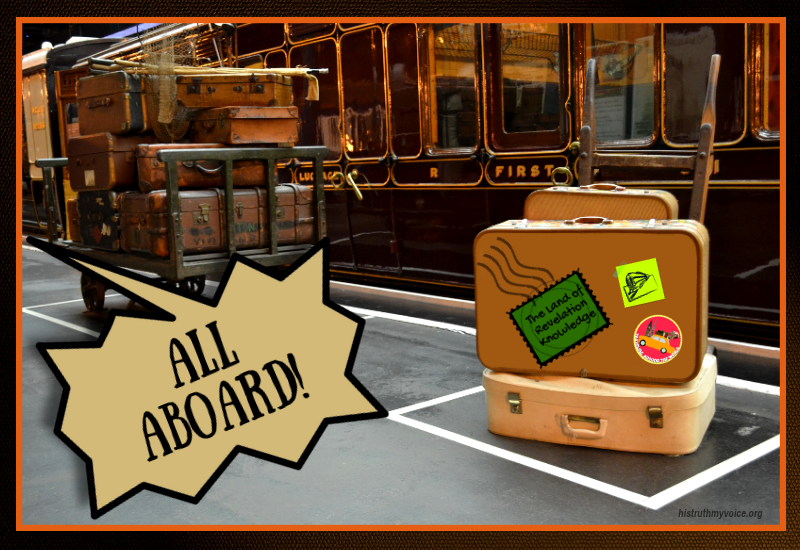 It’s Time to Get Back to the Land of Revelation Knowledge!

All Aboard and welcome back, fellow travelers!  I am happy to say that, after a rather lengthy but edifying visit to the Workout Room, the time has come for us to once again head out on the Truth Train and resume our Bible Study tour through the Land of Revelation Knowledge.  For those who are joining us for the first time, this tour is unique in that it presents the One Big Story of the Bible as a Play; one consisting of two Acts with six Scenes each and one long Intermission between the acts.   These scenes and the intermission, as well as an epilogue at the end of the play, are being acted out for us on fourteen different Stages, positioned along the route we are taking through this vast and incredible land.  When we broke for our detour to the Workout Room, we had just left Stage #1 where Act 1, Scene 1 had completed its run, and we were on our way to Stage #2 where Act 1, Scene 2 had been scheduled to get underway.

Now that we are back on track and heading in that direction once more, considering how long it has been since we left the first Stage, I think it would be wise if we used this travel time to Review  briefly what took place in Scene 1, and to Preview what will soon be taking place in Scene 2.  For those who may feel the need of a more thorough review, one can be obtained by visiting the His Truth, My Voice Theatre page, where all of the material we’ve covered so far has been arranged chronologically for easy viewing.

Reviewing Where We Have Been

In Act 1, Scene 1 of God’s One Big Story, we were introduced to the Sovereign God of the Universe, whom we discovered is not only the Main Character of the Story but also its Author.  From the opening verses of the Script(ures), we learned that this God is…

As for the Story itself, we learned that it is a Love Story, borne out of God’s Heart and His passionate desire to have a Family of His own to love.  It was for this reason that He created the world and the people living in it—people who, as they multiplied, would eventually become the nations from which one, Israel, would graciously be chosen to become God’s Wife.  When Act 1 opened, however, no such nations existed; therefore, to prepare for Israel’s eventual entrance onto the earthly stage of the Story,  all the action taking place in the opening scene was for the purpose of bringing them into being.

The way in which this was accomplished was revealed to us through the use of nine dramatic Vignettes, or mini-scenes, covering the major events in Genesis 1-11–these being…

…Personally,
…In Their Family,
…In Society at Large;

The Judgment on their Sin through the Flood;
The New World after the Flood; and,
Mankind’s On-going Rebellion and its Judgment.

Over the course of these Vignettes, we learned how God used elements from the real-life experiences of people living on the Earthly Stage at the time to tell the Bigger Story of Love and Redemption that was taking place on the Heavenly Stage.  In fact, by the end of Vignette #9, we were able to see how the mini-scenes of Genesis 1-11, when viewed together, formed a Panoramic Prophetic Picture of all human history—creating, in effect, a Spiritual Overture of the themes and motifs which would be reappearing throughout the rest of the Story.

For example, in this Overture, we saw how…

In Genesis 1-11, We Start with Nothing and End Up with a World Full of Nations

Now, having refreshed our memories as to what we have seen, and with Stage #2 fast approaching, let’s prepare ourselves for what we can expect to see when the curtain goes up on Act 1, Scene 2 of God’s One Big Story.

Previewing Where We Are Going

Whereas in Scene 1, we were introduced to God as “The Celestial Suitor”—who, in anticipation of obtaining a Bride, created and prepared the world to be her future home—in Scene 2, we are going to be introduced to the Patriarchs—or, the line of godly ancestors through whom “Israel: the Beloved of God,” will come into being.  Much like Scene 1, where the story was told through the use of 9 Vignettes, in Scene 2, the story will unfold by means of 4 Bio-Pics, or four biographical pictures of these ancestors of Israel, found in chapters 12-50 of the book of Genesis.  They are…

Abraham—the Exalted Father who becomes the Father of a Multitude;
Isaac—the Long-Awaited Son of Promise who displaces the Son born in Bondage;
Jacob—the Scheming Shepherd who becomes a Prince with God; and,
Joseph—the Betrayed Brother who not only becomes His Brothers’ Savior but the Savior of the World, as well.

Before we can move forward with the story, though, there is still the all-important matter of Formatting that we need to take into consideration.  Hopefully, those of you who have been with us from the beginning of this tour will remember that during our visit to the Welcome Center of the Word, we viewed the video, The Bible: The Story Behind the Story.  In that video, we learned that the Story of the Bible has been formatted according to the Ancient Jewish Wedding Tradition—a tradition completely foreign to our present day concepts of marriage.  Because of this–and, in order for us to truly appreciate the Love Story that the Bible has to tell–we must first come to an understanding of the Wedding Tradition upon which that story is based.

The Format of the Story

Because Family was at the center of Jewish life and culture, the choice of a marriage partner was a very serious business.  This selection was not to be determined by some fly-by-night or emotional impulse of the moment; it was achieved through an involved Marriage Process, consisting of three distinct phases…

The Arrangement or Negotiation Phase;
The Betrothal Phase; and,
The Marriage and Consummation Phase. 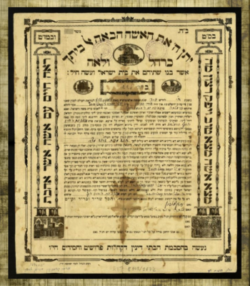 In Jewish culture, when it was time for a young man to marry, typically his father would choose a bride for him and then send an agent or representative to the bride’s family to negotiate an arrangement for a marriage.  The bride, of course, had to give her consent and if she did, a mohar or Bride Price was established and a Ketubah or written document was drawn up in which the bride price, the promises of the bridegroom, and the rights of the bride were clearly stated.  This document would have to be executed and signed prior to the wedding ceremony. 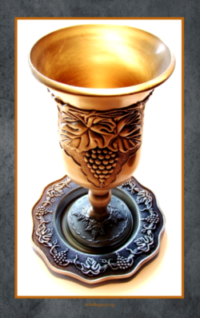 The Cup of the Covenant

Afterward, the bridegroom would go back to his father’s house, where he would begin preparing a home for his new bride.  Before leaving, though, he would reassure her of his eventual return with this promise:  “I go to prepare a place you; if I go, I will return again unto you.”  After his departure, the bride would undergo a mikvah—or water immersion—a ritual of cleansing marking a separation from her former way of life to a new life with her spouse.

This marked the beginning of the Betrothal Period, which usually lasted a year.  During this time, the bride was consecrated and set apart, busily preparing her wedding garments for the big day; while the bridegroom was away making, ready their new home.  The bride had to be ready at all times because she had no idea when her groom would return for her.  Even the groom didn’t know when that would be because he first had to get permission from his father—who had to be completely satisfied that his son’s house was in order.

Once he received his father’s permission, the bridegroom would return—usually in the middle of the night—with a shout, “Behold the bridegroom comes,” and with the blowing of the shofar or ram’s horn.  He would then abduct his bride from her father’s home and carry her away in a sacred procession to the chupah or wedding canopy where the marriage would take place.  There, they would be treated as royalty, with the bridegroom in the role of a newly-crowned king, and the bride as his queen. 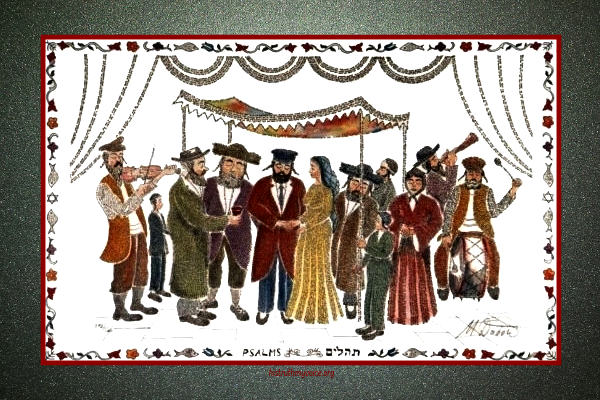 Although this wedding tradition bears little relevance to our lives today, because it was such an integral part of everyday life when the Bible was written, we must take time to familiarize ourselves with each of this tradition’s three parts if we are ever going to understand the Story it has to tell.  For, not only do these phases provide the framework for all of God’s Great Love Story, they also serve as the basis for the Plot, and propel the Action of the Story forward in both the Old and the New Testaments.

As we shall see in the upcoming scene, in the Old Testament—which is all about God’s love relationship with Israel…

With this as the backdrop to our Story—and with the train now coming to a halt at our next destination—the time has come for us to leave the train and make our way into the theatre, where Scene 2, “Israel, the Beloved of God” will soon get underway.

In place of our usual music selection, here is the video referred to earlier, “The Story Behind the Story”…