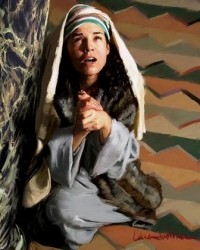 Hannah Praying for a Son

Hi and welcome back!  Given that so much of this last week’s focus has been on remembering our mothers, I sincerely hope that there has been someone special in your life that you could honor or remember fondly this Mother’s Day.  Probably because I spent the last week operating under the heady influence of so many wonderful “Happy Mother’s Day” wishes, when it came time for me to reflect on just what my next reflection should be, my thoughts automatically turned to the subject of mothers—particularly those mentioned in the Bible.  And, since I am in the process of reflecting on all things prophetic, as my thoughts began running in that direction it suddenly occurred to me that before there could ever have been a prophet of God, there would first have to have been a mother for that prophet.  Now, as obvious as that thought may appear to be, when I started recalling the Biblical prophets, I couldn’t think of very many whose mothers were acknowledged in any way.  The three that immediately came to my mind were Jochebed, the mother of Moses, Hannah, the mother of Samuel, and Elizabeth, the mother of John the Baptist. 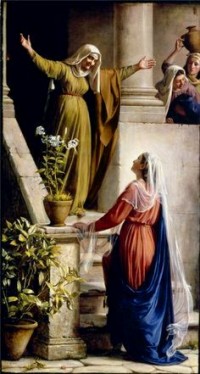 Granted, these were some very impressive women, but what about the mothers of all the other prophets?  I mean, did the likes of Elijah bypass the womb and just materialize out of nowhere, with his “garment of hair…belt of leather about his waist (2 Kings 1:8 ESV)” already in place?  I don’t think so.  To my way of thinking, before Elijah could have ever made his rather unorthodox appearance before King Ahab, there would first have had to have been a good Hebrew Mama back in Tishbe cheering him on; someone who was so dedicated to her son’s success that she would have gladly pricked her fingertips repeatedly and spent many a sleepless night burning up the lamp oil, just so she could stitch together a hairy garment fit for that royal audience.  (Note:  A couple of years ago, I was given the assignment of making just such a garment for a Biblical re-enactment in Israel and, even though I had the benefit of modern machinery—and I didn’t have to go out and kill my own critter in order to do it—it was still a challenge!)

I know that I would not be able to adequately reflect on my own walk with God without first acknowledging the incredible impact that my mother has had upon that walk.  Although space here won’t allow for the kind of biography that would even begin to do justice to this amazing woman, I feel that it is important for me to introduce her to you because I will no doubt mention her in many of my future reflections.  Her name was Florence, and I say “was” because in January, 2010, after a challenging but inspirational thirty-three year battle against cancer, she passed quietly and peacefully from this life into the next.  Here is how I remembered her at the time, in her obituary: 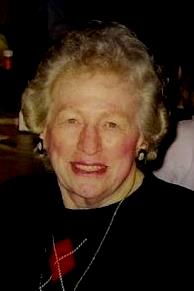 The One and Only Flo

While many may measure success in life in terms of degrees earned, money made, or acclaim received, the success of Florence’s life can best be measured by the positive impact she had on the life of each person who came her way.  For her, life was lived around the kitchen table; for it was there that she not only lovingly prepared and served the best food in town, but it was there that she listened to everyone’s story, without judgment, and dispensed the best practical wisdom available anywhere.  Several generations have feasted on her food, laughed until they cried, and been accepted and encouraged to be their best selves—all around her table.  Everyone was welcome there.

Although, by worldly standards, Florence’s life was a quiet one, it was certainly not an insignificant one.  Her faith, hard work, integrity, dedication to family, generosity, loyalty, quiet dignity, and great sense of humor have been sown as seeds in the lives of all who have been privileged to know her, and will surely bear fruit for generations to come.  Her “quiet” life has been a blessing to so many, and will prove to be a priceless legacy to all those she leaves behind.

To me, my mother’s life was like a stained glass window:  a beautiful work of art that was made up of so many seemingly broken and disparate pieces, but which, when fused together by faith and lit up by the life of Christ, became a glorious picture of His grace for all the world to see.  I am so blessed to have had her as my mother, and can only imagine that when she was met by Jesus and His angels, she was greeted with such a “Way to go, Flo!,” that it resounded throughout all of Heaven.

Please take a few minutes to enjoy the Brothers McClurg as they sing “You Shine Through”: