Some Tips for Our Trip Through the Word | His Truth, My Voice

As you may recall, at the end of our last visit together we made a commitment to launch out into the spiritual deep; and by that, I mean that we decided to embark on a brand-new adventure in faith—one that will take us on a “rocking and rolling” journey through the Word of God.  As someone who has made this trip a few times before, I think it would be helpful for us if, before we depart, I shared a few of the travel tips that I have learned on some of my previous journeys—tips that are sure to make our travels easier, and our studies a lot more productive.  These tips include:

–   Pausing for DOTs along the way;
–   Reviewing where we have been by periodically asking, “Now, what did you hear me say?”; and,
–   Planning our itinerary by starting at the end and then working our way forward.

Pausing for DOTs along the way: 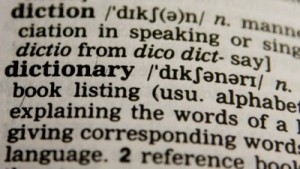 DOTs is simply my acronym for a “Definition of Terms”, something that grew out of an experience that I had many years ago.  When I was in school studying to be an architect, I often found myself frustrated by the lack of consistency among the professors of my design classes.  That’s because one would define a term in one way while another would define it in a completely different way.  Of course, this made for a lot of confusion among the students, especially when it came time for us to apply those terms to our designs.  Then, when our “show and tell” times would roll around—those times when we had to display and defend our designs to the very same professors—we were never quite sure if the concepts we had incorporated into our work were correct, or if our hard work would ever meet with their approval.  This, of course, made it all the more difficult for us to defend our work with any degree of confidence or any semblance of authority.

While this experience was extremely aggravating for me at the time, in the long run, it has proven to have had a very positive impact upon my life. That’s because, as a result of the confusion generated by my professors’ inability to agree on “what was what” in the realm of architectural terminology, I learned that if I was ever going to have any success in teaching anyone anything, I had better be sure that the terms I was using were as clear and understandable to them as they were to me.  Therefore, I have made it a practice, before and during any new study trip, to pause frequently for DOTs—or, for definitions of the terms that we will encounter along the way.

Reviewing Where We Have Been:

This is a tip that grew out of another challenging experience, a teaching experience that I had when my husband and I were first married and living in Texas.  At the time, I was teaching a Sunday school class of young marrieds and, although I was speaking clearly and being careful to define my terms, I was still having trouble getting my points across to them.  At first, I thought it was something I was doing wrong but later, I was relieved to learn that it had nothing to do with me—it was a cultural thing.

I was made aware of this local phenomenon when a gentleman in our church asked me, “What is the biggest problem you have encountered since moving here?”  I think he thought that my answer would be the lack of trees in the area (see “Redemption:  A Story Told By Trees”), but when I told him it was the difficulty I was having in communicating with others, he knew exactly what I meant–especially when I said that after telling someone something, I felt like I needed to hold up a sign saying, “Now, what did you hear me say?”  You see, one of the cultural quirks of the people in that area was that they would pick up on something halfway through what you were saying, blow that out of proportion, and then completely miss the real information you were trying to convey to them.  This man, the vice-president of a large retail organization and someone who had lived all over Texas, told me that this was a problem they had been dealing with in their stores locally, and that it was something they had encountered nowhere else in the state.

Since that time, and because today’s society is made up of people from so many different backgrounds, I have tried to make it a point to periodically hold up my “sign” saying, “Now, what did you hear me say?”  So, when I do that during our travels together, I fully expect you, if you don’t understand what I have been saying, to hit the comment box with, “Wait, I didn’t get that—please explain it to me again!” 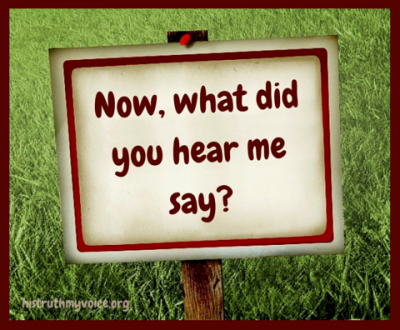 Beginning at the End:

Unlike the other two tips, this one wasn’t learned through any difficult experience, it was discovered while studying the wonderful little book, Destined for the Throne by Paul Billheimer—the book that first introduced me to the idea of starting at the back of the Bible, in order to understand what the front of it was all about.  I am sure that most of us, at one time or another, have had the experience of starting off on a trip through the Bible, very enthusiastically in Genesis and throughout the first part of Exodus, only to have our enthusiasm for the journey evaporate by the time we reach Leviticus.  That’s because before beginning our trip, we failed to take the time to designate the goal or destination of our journey, and then identify the steps necessary to help us reach that destination.  Just as with any other trip that we may be planning, if we don’t know where we are going, we are sure to get lost along the way; and, in the case of a trip through the Bible, that means we will probably wind up wandering in the wilderness just about the same time that the Israelites did.

Now, with these few tips out of the way, it is time for us to move on to the planning of our itinerary.  In order to do that, we first need to establish the destination for our journey, then identify the route by which we intend to arrive at that destination, so that we can identify the point from which we will depart.  After doing that, this is what our ticket for the trip looks like: 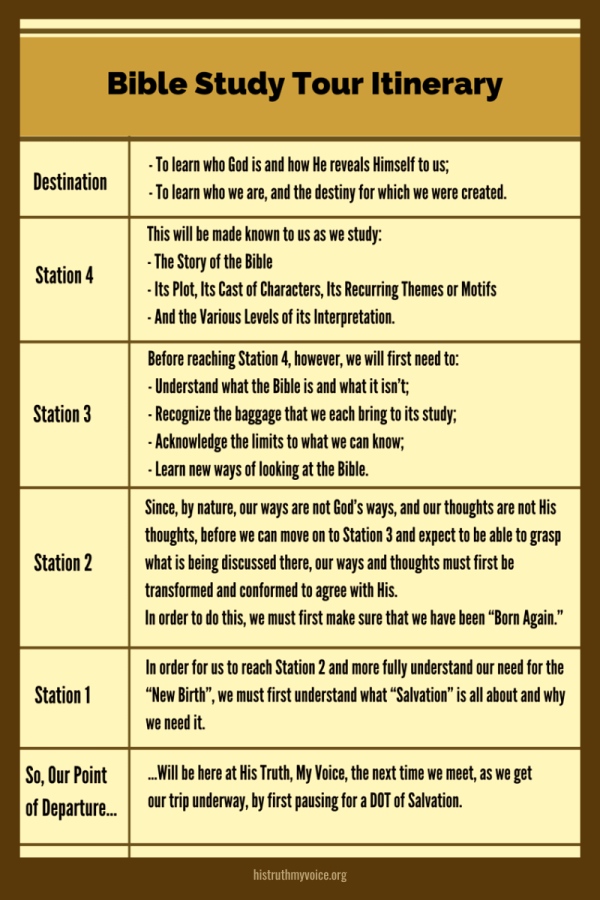 We Must Know Where We Are Going if We Are Ever Going to Get There!

With these preliminaries now out of the way, we are ready to get our trip through the Word underway.  So be sure to come with your bags packed and your ticket ready to be punched–and, if you know someone else who would like to take this journey with us, please be sure to bring them along.  Until then…

Let’s join with Michael Card in looking forward to the “Joy in the Journey.”