For Every Thing There is a Season...There's Even One for Rock and Roll | His Truth, My Voice 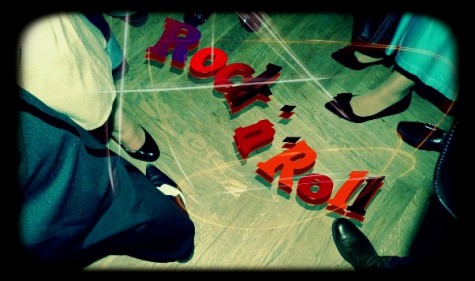 “It is Time to Rock and Roll!”

Last week, as I was pondering and praying over the direction that our future visits should take, I heard the Lord speak to me, saying quite clearly:  “It is time to rock and roll, little girl (even though I have never been little in any respect, He has always called me that).  This is not the time to be timid and pull back (which, as a marshmallow, is something that I tend to do)—this is the time to rock and roll!”  And, with that, I knew just what He wanted me to do.  This was His way of telling me that the time had come for me to get down to the business that He has called me to; which, in case you haven’t picked up on it by now, is not only teaching people what the Bible has to say, but also teaching them new ways of approaching its study, so that they can better make sense of it on their own.

Now, in case you may be thinking that God wouldn’t speak to anyone in quite this way, let me assure that He has no problem in using any language whatsoever, if it gets His point across to those whose ears are attuned to His voice.  In fact, what He said to me last week was really nothing more than a modernized version of what He told the prophet Jeremiah over twenty-five hundred years ago, when He said, “But you, dress yourself for work; arise, and say to them everything that I command you.  Do not be dismayed by them, lest I dismay you before them.” (Jer. 1:17)  Work in this case, for both Jeremiah and for me, was and is to give out the Word of God, whether people want to hear it or not; and for me, in particular, this work is something that I have been preparing or “dressing myself for” for over forty years.

Although I was saved at the relatively young age of eight, my real preparation for all of this rocking and rolling did not begin until much later, when I was about the age of twenty-two.  This was the pivotal time in my life when, finding myself stuck in the middle of a disastrous marriage, I rededicated my life to the Lord.  It wasn’t long after making this decision, that in the interest of our personal safety, it became necessary for me to take my two young sons and leave my alcoholic husband, and begin a new life on our own—a life which soon turned into an odyssey of faith from which I have yet to recover. 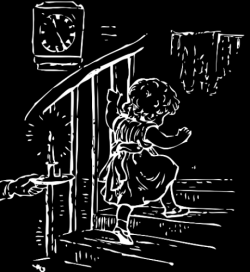 My training for this new life began quickly and simply, for it started with me having nothing but God and His Word upon which to rely.  You see, when I left my husband, I had no job, no car, and no health insurance; just two little boys, our clothes, $200.00 in cash, and my sewing machine.  For the first year, we were fortunate enough to be able to stay with my parents but after that, we were completely on our own.  Now, in hindsight, I can clearly see that God had planned out a comprehensive spiritual training program for me which was designed to accomplish the following:

Of course, time and space will not allow me to go into detail about all of my experiences, so let’s just suffice it to say that:

In order to teach me to hear His voice and to trust His Word, the Lord impressed upon me from the very beginning that I was not to make anyone else aware of my needs, or to ask anyone other than Him for help.  Once I brought my needs to Him, He would present me with some relevant promises from His Word and then challenge me to act upon them.  In response to those challenges, some of the things that I was required to do were:  to ask and believe for a car when I had no money, and later, to drive that car for a week with no gas; to plan and take trips with no money; to trust God to pay all of my hospital and doctor bills with no insurance; to trust God to provide places for us to live as well as ways to pay for them; and, even when little things like loaves of bread or spools of thread were needed, to ask God for them and then wait on Him to provide them.  In every circumstance and situation of life, I found myself being tested and stretched beyond anything I had previously thought possible—and yet, all of this was just preparation for the next level of His training.

In order for me to move on to that level, the one which involved teaching me how to study His Word and to see the Big Story that it presented, the Lord first sent me to one of the most academically challenging schools in our state—a place where He knew I would have to learn to study and do research in order to survive; after which, He set me aside for almost a year of intense personal Bible study and prayer.  It was during this time that He presented me with a new way (new at least to me) of understanding the Bible; an approach which very quickly became the foundation upon which all my future studies would be based.

Once this foundation was in place, I was able to start building upon it, and to continue adding to it through many more years of additional study.  Some years later, in order for me to learn to better present the material that I was putting together, the Lord opened up a new position for me at work—one which required me to learn to use the computer.  As I explained in “My Journey to the Land of Blog,” at this point, I didn’t even know how to turn a computer on and off, but  as I began taking the computer courses in Word, Excel, and PowerPoint that were being offered by my employer, it wasn’t long before I was using what I had learned to organize and prepare the materials for my Bible studies.

Finally, and probably the most harrowing part of all this, has been my training in learning to not be afraid of anyone or anything other than the Lord.  As an introverted, fearful, and naturally reticent person, I have, throughout my life, tried to avoid having to speak to or in front of groups of people.  However, over the course of these many years, the Lord has continued to put me into these kinds of situations just so I could learn to overcome my fears.  He has also, on numerous occasions, arranged for me to have to confront people and situations that I would have otherwise preferred to avoid, just so I would learn to “woman up,” and not let anyone intimidate me.

So, why am I sharing all of this with you now?  Well, it is to let you know where I have come from so that you will be able to more fully appreciate and participate in where I believe the Lord is taking us next.  For what I would like to do in our upcoming visits is to move us both into a new season of rocking and rolling—that is, into a new season of and approach to Bible study.  In order to do this, I am proposing to:

I don’t know about you, but I am excited at the prospect of all of this, and I can only hope that you will want to join me as we move on to this whole new level in our relationship.  I know for sure that I am, but are you really ready to rock and roll by moving into a deeper study of the Word of God?  If you are, then, let’s get going!

Citizen Way rocks out for us in “Where Would I Be Without You?”