Service: The Church as the Body of Christ | His Truth, My Voice 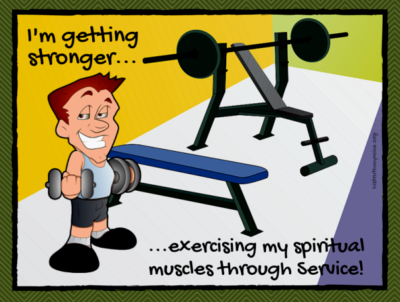 Getting Stronger and Reaching the World

In our previous exercise, we began a new level of workout routines dealing with Service; and, during the course of that introductory routine, we learned how, through our service for Christ, the good works which He began are still being done in the world today.  Then, as we searched for a definition of the word, especially as it relates to us as believers, we discovered some of the Terms of Service which must be adhered to, if any enduring work for Christ is to be accomplished.  These are… 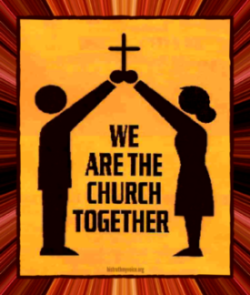 Not a Building but a Body of Believers

Too often, when we hear the word Church, the image that comes to mind is of a building.  However, the real Church of Jesus Christ is not and was never intended to be an architectural structure or an organized institution, into which the Children of God could retreat in search of protection or insulation from the world.

Rather, it was designed by God to be the collective and universal spiritual manifestation of Christ on the earth; one in which Christ is no longer limited to serving through just one physical body, living in one time and in one place.  Instead, with His Presence and Power multiplied many times over in the lives of Believers scattered across the globe, the works that He once did during His Incarnation are now being replicated worldwide by the members of His spiritual body, the Church.

In order to grasp this concept a little better, we must realize that, even though God loves each one of us individually, Christ died for each one of us individually, and we are each saved individually, at the moment we receive our Salvation, the Holy Spirit is busily and quite imperceptibly baptizing us into the Collective Spiritual Body of Christ; positioning us within that Body wherever He deems best, and assigning specific roles or functions to us that we are to carry out within the Body…

For in one Spirit we were all baptized into one body—Jews or Greeks, slaves or free—and all were made to drink of one Spirit.   For the body does not consist of one member but of many…as it is, God arranged the members in the body, each one of them, as he chose ( 1 Cor. 12: 12-14, 18).

Before getting into what those roles may be, though, we first need to learn how God intended for the Body of Christ to operate.

In one of our earlier exercises, Sanctification: Regeneration Perfected, we learned that when God created Man, He fashioned him with an individual or Personal Body, Soul, and Spirit, so that…

In much the same way, God’s design for the Body of Christ called for it to have a Corporate Body, Soul, and Spirit,  so that…

In short, God’s intention for the Church of Jesus Christ is for it to… 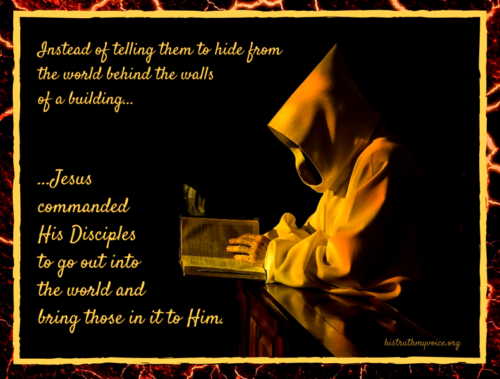 …Being in the world but not of it

The Church as a Body

Since God’s purpose in creating mankind was to obtain a spiritual family of holy sons and daughters; and, since He was not willing…

…that any should perish but that all should reach repentance (2 Peter 3:9)…

…God purposed that His Church, in its function as a unified Body, would reach out to those in the world who had not yet to come to repentance—that is, those who have yet to be adopted as His children.  In fact, forty days after His resurrection, as He was preparing to go back to His Father in heaven, Christ charged His disciples—those who would soon become the Church—with this very task in the Great Commission…

Go therefore and make disciples of all nations, baptizing them in the name of the Father and of the Son and of the Holy Spirit, teaching them to observe all that I have commanded you (Matt. 28:19-20).

As for how Jesus intended the soon-to-be Body of Christ to fulfill this charge, it was to be accomplished by its members… 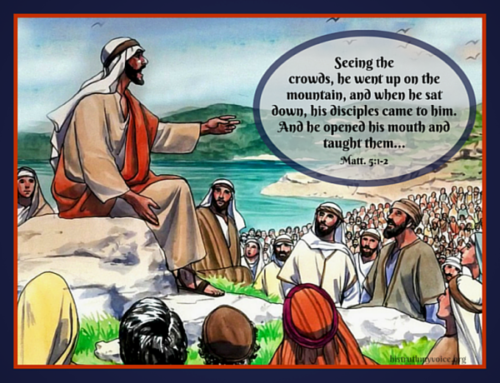 The Body and Kingdom Living

After choosing His disciples, one of the first things Jesus did was to gather them together and give them an introductory lesson in Kingdom Living.  This lesson, called the Sermon on the Mount (found in Matthew 5-7), must have been tremendously unsettling for them because in it, Jesus was establishing as their new standard for living, a set of principles which completely contradicted everything they had been taught was true.  That’s because, in the culture of that day—much like in our present day—they had grown up believing that being healthy, wealthy, religious, and without any apparent problems were all indicators that one had been blessed by God.  But here, in what has come to be known as The Beatitudes, Jesus was declaring that for the Children of God, the very opposite of this was true; that the ones who would be blessed by God are…

And, it would be these seemingly weak, insignificant, and oftentimes marginalized members of society, as they learned to live out the Kingdom Principles Jesus highlighted in His Sermon—principles such as…

…who would become the salt of the earth and the light of God in a darkened world, and so spiritually emboldened that they would later be spoken of by the Thessalonians in Acts 17:6 in this way…

These men who have turned the world upside down have come here also.

The Body and Spiritual Gifts

Surely, living according to God’s Kingdom Principles—that is, living lives radically different from the cultural norm—would prove to be a great way for believers to pique the interest and attract the attention of those living outside of the Body of Christ; however, just getting their attention would not be sufficient to get them saved, and moved from the outside to the inside of the Body of Believers.  To make a transfer like that happen, from the world’s kingdom to the Kingdom of God, the involvement of the Holy Spirit would be required; which is why, just before His ascension Jesus ordered His disciples…

…not to depart from Jerusalem, but to wait for the promise of the Father, which, he said, ‘you heard from me; for John baptized with water, but you will be baptized with the Holy Spirit not many days from now.’

[For] you will receive power when the Holy Spirit has come upon you, and [after that] you will be my witnesses in Jerusalem and in all Judea and Samaria, and to the end of the earth.

It would take the power of the Holy Spirit, working through individual believers, to produce Acts of Service like the ones Jesus performed, and in the way that God had ordained–which was, with the members of Christ’s Body working together, using the Spiritual Gifts assigned to them at the time of their Salvation.

The Holy Spirit Gives Gifts to All

Spiritual Gifts, unlike the natural talents we are born with or the skills which we develop on our own throughout life, are the special spiritual abilities or enablements given to believers for the purpose of growing and building up of the Church, the Body of Christ.  The Apostle Paul explains them far better  than I could, here in these passages from three of his letters…

For as in one body we have many members, and the members do not all have the same function, so we, though many, are one body in Christ, and individually members one of another.  Having gifts that differ according to the grace given to us, let us use them: if prophecy, in proportion to our faith; if service, in our serving; the one who teaches, in his teaching; the one who exhorts, in his exhortation; the one who contributes, in generosity; the one who leads, with zeal; the one who does acts of mercy, with cheerfulness (Romans 12:4-8).

And he gave the apostles, the prophets, the evangelists, the shepherds and teachers, to equip the saints for the work of ministry, for building up the body of Christ, until we all attain to the unity of the faith and of the knowledge of the Son of God, to mature manhood, to the measure of the stature of the fullness of Christ, so that we may no longer be children, tossed to and fro by the waves and carried about by every wind of doctrine, by human cunning, by craftiness in deceitful schemes.

Rather, speaking the truth in love, we are to grow up in every way into him who is the head, into Christ, from whom the whole body, joined and held together by every joint with which it is equipped, when each part is working properly, makes the body grow so that it builds itself up in love (Ephesians 4:11-16).

Although we will go into more detail about these Gifts of the Spirit in a future exercise, to summarize what we have learned so far about Service and the Church, we now know that…

…the world will be reached with the Gospel, the family and kingdom of God will be expanded, and the function of the Church as the Corporate Body of Christ will have been realized.

Unspoken reminds us that if we are to do the works of Christ, we will need the Holy Spirit to “Start a Fire” in our souls…

Original image of the Sermon on the Mount courtesy of http://www.freebibleimages.org.

2 thoughts on “Service:  The Church as the Body of Christ”