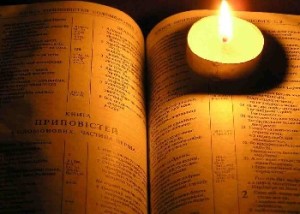 I hope everyone has taken the time to look over the Bible brochure available here at Booth #1, in the Welcome Center of the Word.  While the veteran believers or long-time church members among us—those who are traveling in Group #1—might consider the information contained in it to be more than adequate to meet their needs, those traveling with us in Groups #2 and #3 who have little or no knowledge of or background in the Bible, might prefer to receive a little more instruction as to what the Bible is all about.  So, in an effort to address the needs of these last two groups, we’re going to take a few minutes for a more expanded explanation of the Book through which we will soon be traveling.

Toward that end, the first thing we need to do is pause for a DOT—or a definition terms.  For our purposes, we will define the Bible as the collection of books considered to be the sacred texts of both Judaism and Christianity.  The word itself comes from the Greek word biblia, the plural form of biblion, which is a diminutive of biblos—the word meaning book.  It got its name because books were originally made from byblos, or papyrus—the plant that was used to make parchment, or the material upon which books were written.  Byblos was also the name of the Phoenician city that exported papyrus to other parts of the ancient world.

The Jewish Bible, written mostly in Hebrew, came first and consisted of three parts:  the Law, the Prophets, and the Writings.  Later, when the Christian Bible came into being, it was written in Greek, Latin, and Syriac, and contained the same books of the Hebrew Bible, only in a different order, and with the books of the New Testament added to it.  In order to distinguish between the Jewish and the Christian Scriptures, the terms “Old Testament” and “New Testament” were introduced, and were in general usage by the end of the second century AD.  Although the Greek word for testament is usually translated as “will,” the Hebrew for it is translated as “covenant.”  Therefore, when we speak of the “Old” and “New” Testaments, what we are actually referring to are the covenants that God made with His people during each of these two eras. 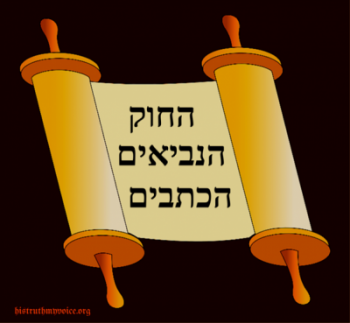 The Law, the Prophets, and the Writings

Now, in order to further enhance all of our future study, there are several other things that we need to understand about the Bible—with the first being, it is unlike any other book that has ever been written; it is unique in all of literature because it is the only trustworthy source of God’s words—and of His self-revelation to mankind—that exists in the world.  Actually, the Bible is not just one book, but a collection of books—sixty-six, to be exact—that have been arranged in a systematic, progressive, and comprehensive way so that God’s revelation of Himself could be made known and understandable to any and all who chose to receive it and to heed it.  Although it was transcribed by many men over the course of fifteen hundred years, men who employed a variety of genres and styles in its recording, it is remarkably consistent in its message, in its portrayal of the person and purposes of God, and in its honest representation of the nature and character of humanity.

The only way that I know of to explain such a consistency in its content over so great a period of time is to say that, in spite of its having so many human scribes, the Bible has only one author—and that author is God Himself.  Only the One who is able to declare that…

…could be capable of accurately documenting a story which transcended the generations of the very ones who took part in recording it.  Through the means of divine inspiration, or through the intimate involvement of His Spirit, God made known His thoughts and words to a select group of men, and then He guided them in the ways in which those thoughts and words were to best be presented.  While each presentation reflected the personality of the man who was doing the writing, as well as the times during which he lived, the words were always God’s; words which repeatedly conveyed the timeless truths that every man and every generation should know. 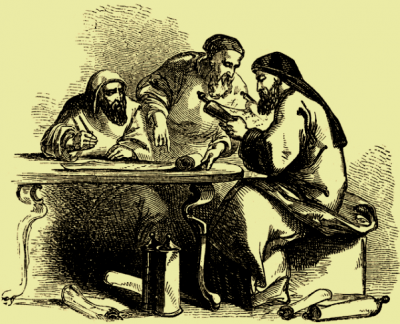 We learn more about this matter of inspiration in 2 Timothy 3:16, where we are told that the Bible was

“… breathed out by God and [is] profitable for teaching, for reproof, for correction, and for training in righteousness, that the man of God may be competent, equipped for every good work.”

This breathing out by God means that the words of the Bible were imparted directly by the Spirit of God, an impartation which made the Bible a living book imbued with power.  Hebrews 4:12 confirms this when it tells us that…

“…the word of God is living and active, sharper than any two-edged sword, piercing to the division of soul and of spirit, of joints and of marrow, and discerning the thoughts and intentions of the heart.”

In other words, as a living book, the Word of God is able to penetrate our innermost beings in order to confront us with the truth about God and ourselves, and to convict us of our deviations from, or our rejections of, that truth.  As the only real source of truth in the world, the Bible, then, becomes the only trustworthy guidebook which man has for life.  Not only does it teach him how to live successfully—that is, to live godly—in the here and now, it also instructs him on how he can obtain eternal life, or the life in the hereafter, which God has promised to give to those who will come to Him in the way that He has prescribed.

Since God’s purpose in authoring the Bible was to make Himself known to mankind, it would follow that He intended His Book to be for all people of all time, and that it was not something reserved for just Christians and Jews.  This would mean that everything in it would have application, at some point, for every person who has ever lived, and that its principles and truths would be so universal that they would be relevant to every age and every culture.  This would make it possible for even the most seemingly disparate people to be able to comprehend them; meaning that the peasants working in the rice patties of ancient China, the tribesmen hunting for heads in the jungles of Africa, twenty-first century penthouse dwellers, and kings and con men throughout each generation would all be able to learn the truth presented within its pages.

The next thing that we need to understand about the Bible is that it is a multi-layered presentation of truth.  By that, I mean that it presents us with a number of important truths, on several different levels or dimensions, all at the same time.  Through the stories of real people, who are taking part in real life activities, at real times in human history, we not only learn important lessons that we can use in our everyday lives, we can also learn about God’s prophetic or future plans for all of mankind, for the earth, and for His enemies, and learn about the person and character of God, as well.

Something else that we need to understand about the Bible is that it is consistent in its method of teaching.  Throughout the Bible, the way in which God explains spiritual truths to us is by taking the things with which we are familiar and using them to teach us about those things which are beyond our comprehension—that is, He takes the things that we can see, which are temporal or earthly in nature, to explain those things that we cannot see, because they are spiritual and eternal in nature.  And, in order to do this, He has purposefully incorporated things in His creation that He could use for His divine illustrations.  We will learn much more about all of these as we go along.

Wow, when we think about all that the Bible is, it strikes me as a wonder that we haven’t made its study the highest priority in our lives.  Just think about it for a moment:

In other words, if the Bible is all that it is cracked up to be, then why aren’t we reading and studying it every chance we can get? 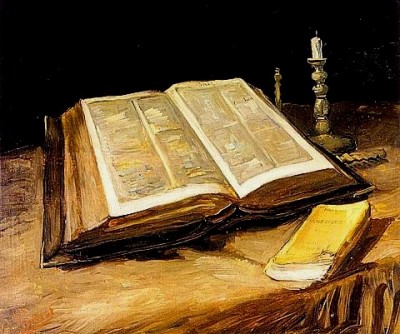 The Wonderful Word of God

Image of scribes courtesy of http://etc.usf.edu/clipart/.