Let's Recap, Rethink, Replace--and then, Resume | His Truth, My Voice

Well, our somewhat extended stopover at the Welcome Center of the Word will soon be coming to an end.  However, before we get back on board the Truth Train and depart for the next stop on our Rocking and Rolling Tour through the Bible, I think it would be helpful for us to pause for a few minutes so that we can… 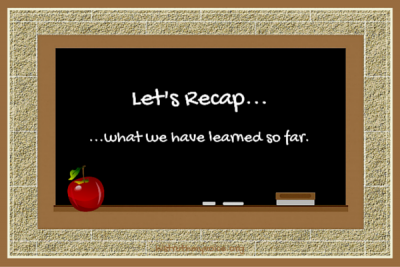 Before beginning this trip, one of the first things that we did was to plan our itinerary, or the step-by-step process by which we intended to arrive at our destination.  At the time, we identified our ultimate destination as:

With that in mind, we then planned for stops at:

Having accomplished what we had intended to do at each of these three stops, it is now time for us to move on to the fourth stop on our itinerary, which is, the study of the Word of God itself.

But before we do that, though… 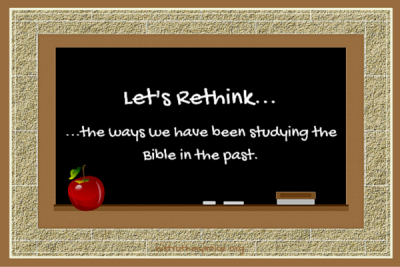 In order for us to be better prepared for our next stop, we must rethink some of the approaches to Bible study that we have taken in the past.  I don’t know about you but, in my experience, Bible study is something that has seldom been undertaken in any organized or systematic way. It has been my observation that when people come to know the Lord and begin to study the Bible, the first thing piece of advice that they are given is to read the Gospel of John.  Granted, the Gospel of John is a wonderful book, presenting Jesus Christ as the Son of God to the Church—but where are they supposed to go after that?  Do they have any idea where the book fits into the overall scheme of the Bible, or what part it plays in God’s big story of redemption?

If not, it is quite likely that these new believers will jump around for a little while in the New Testament, then they will head over to the Psalms or Proverbs for a bit, before deciding to do something really ambitious—like reading the entire Bible, straight through from Genesis to Revelation.  Unfortunately, and yet invariably, by the time they reach the middle of Exodus or the beginning of the book of Leviticus, all of the ambition and dedication they once possessed will suddenly disappear, as their reading begins to bog down under the weight of the tabernacle’s construction and the giving of the Old Testament laws.  Once this happens, and because they are still unsure of where to go next, they will usually end up back in the New Testament where, more often than not, they will engage in a lot more directionless study.  But so much of this confusion and wasted time can be avoided—that is, if someone would only provide these new students with an understandable and a systematic approach to their study of the Bible. 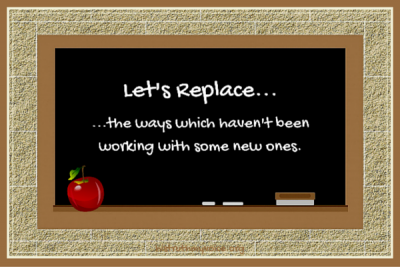 Instead of the traditional approaches that we may have used in the past, such as…

We will begin our study of the Word by focusing in on the Big Picture of the Bible, something which will be made clear to us once…

The replacement process that I am describing here will be much easier for us to understand once we have viewed the instructional video which is waiting for us in the Welcome Center’s Theatre.  It is just up ahead, on the right, just before the exit door that will lead us from the Center.  This video will provide us with an introduction to the approach that we will be taking on the remainder of our trip through the Land of Revelation Knowledge; an approach which will present the Bible in the form of a story, and one which will present that story in the format of a theatrical play.  Now, then, it is time for us to make our way into the theatre, and to make ourselves comfortable, while we watch, “The Bible:  The Story Behind the Story.”

Once the viewing is over, please leave through the previously designated exit, and then make your way back to the train, where we will once again Resume our journey.